North Korea has issued a series of threats since early this month, taking issue with Seoul's failure to stop defectors and activists from sending propaganda leaflets by balloon into the North.

This week it threatened to send some 12 million propaganda leaflets of its own into the South and appeared to have set up around 20 loudspeakers near the inter-Korean border to broadcast propaganda messages.

"We remain in close coordination with our ally, the Republic of Korea, and urge the DPRK to return to engagement," a State Department spokesperson told Yonhap News Agency on condition of anonymity, referring to North Korea by its official name, the Democratic People's Republic of Korea.

The State Department had urged the North to refrain from "further counterproductive actions" when it demolished an inter-Korean liaison office last week.

The leaflet campaigns and loudspeaker broadcasts were part of activities the two Koreas agreed to halt during the first summit between President Moon Jae-in and North Korean leader Kim Jong-un in April 2018. 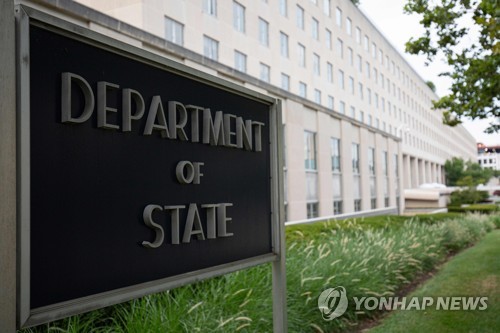