SEOUL, June 24 (Yonhap) -- Defense Minister Jeong Kyeong-doo has sent letters of thanks to U.N. member countries that fought alongside South Korea during the 1950-53 Korean War in commemoration of the 70th anniversary of the outbreak of the conflict, his office said Wednesday.

In letters sent to the defense ministers of the countries, Jeong expressed gratitude for the sacrifice the foreign warriors made to safeguard the democracy and peace of a country they did not even know.

Jeong said thanks to the friendship and support they showed, South Korea could develop into a member of the international community that now contributes to its peace-keeping operations and virus responses.

"Minister Jeong also said South Korea, as a divided country, is still on a 'difficult yet bold journey' for North Korea's denuclearization and lasting peace on the Korean Peninsula, and called for the countries' unwavering support for efforts to make a peaceful Korean Peninsula where no other war could break out," the defense ministry said in a release.

Around 1.95 million people from 22 countries participated in the three-year war, which broke out on June 25, 1950, to help South Korea fight the North backed by the Soviet Union and China. The two Koreas are still technically at war, as the conflict ended in a truce, not a peace treaty. 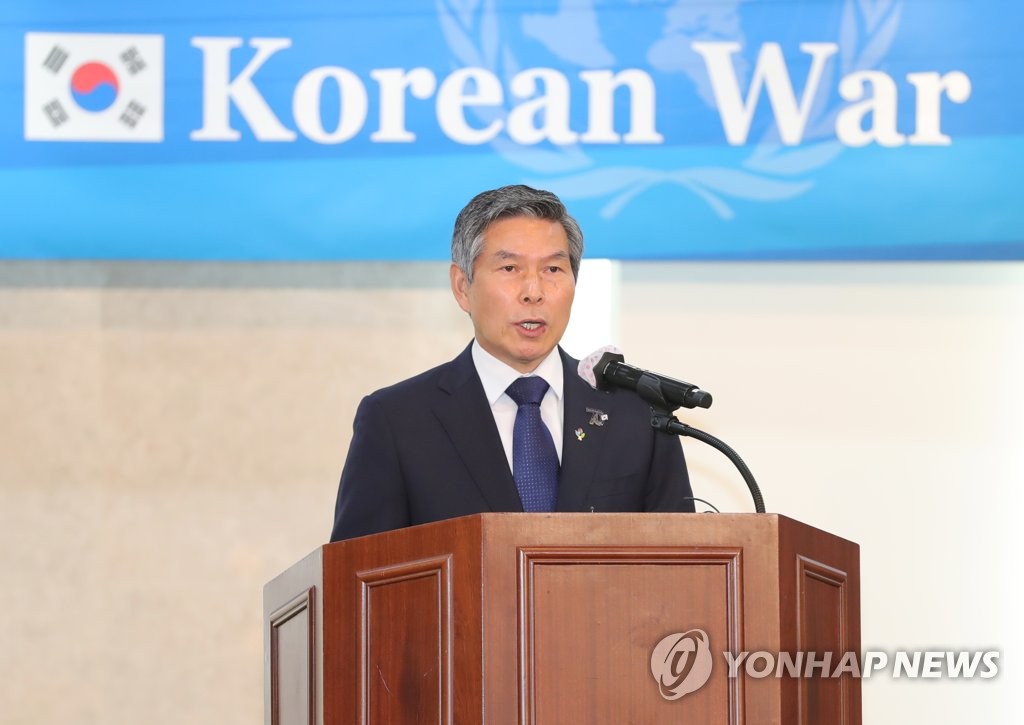