WASHINGTON, June 23 (Yonhap) -- Former U.S. National Security Adviser John Bolton on Tuesday defended his remarks on South Korea in his newly published memoir, saying it would be a "disservice" to the South Korean people if he didn't write the truth.

In an interview with Fox News, Bolton was asked to comment on Cheong Wa Dae's criticism of the book, "The Room Where It Happened," as being "distorted" and based on "bias and prejudice."

"Look, if you don't write the truth about these things at a point where the voters in South Korea or the voters in the United States can act on it, I think you're doing a disservice to the people," Bolton said.

The memoir contains Bolton's account of U.S. President Donald Trump's three meetings with North Korean leader Kim Jong-un, including claims that neither man wanted President Moon Jae-in to join them at their third meeting at the Demilitarized Zone in June 2019.

Other controversial allegations include his suggestion that it was Moon's top security adviser, Chung Eui-yong, who proposed to North Korean leader Kim Jong-un that he invite Trump to their historic first summit in Singapore in June 2018. 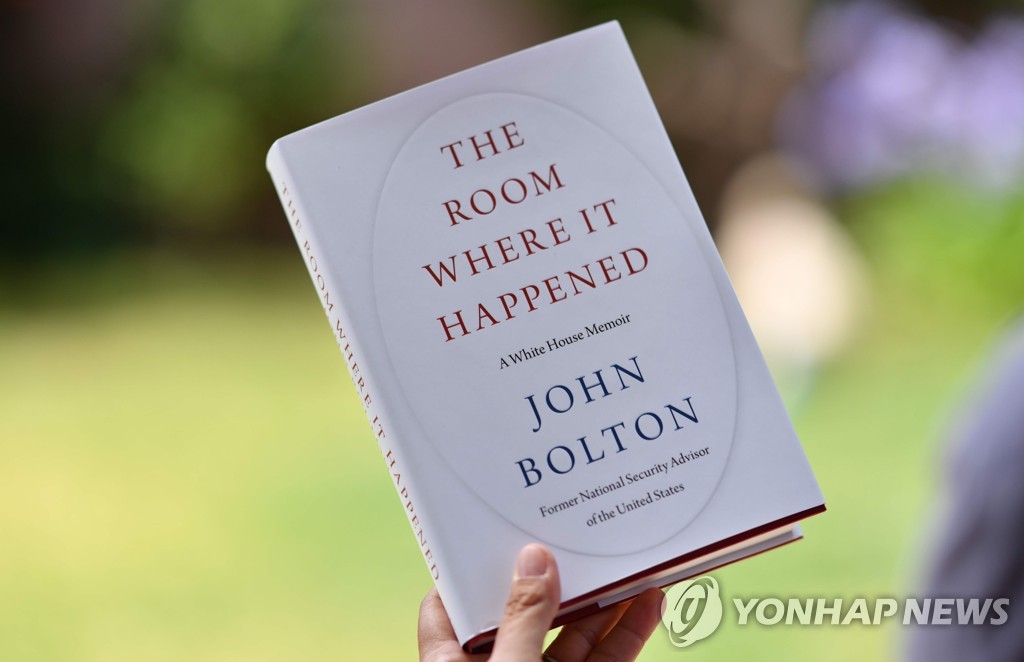