The country's overall industrial output amounted to 5,074.2 trillion won (US$4.21 trillion) in the year, compared with 4,861.0 trillion won the year before, according to the report from the Bank of Korea (BOK). 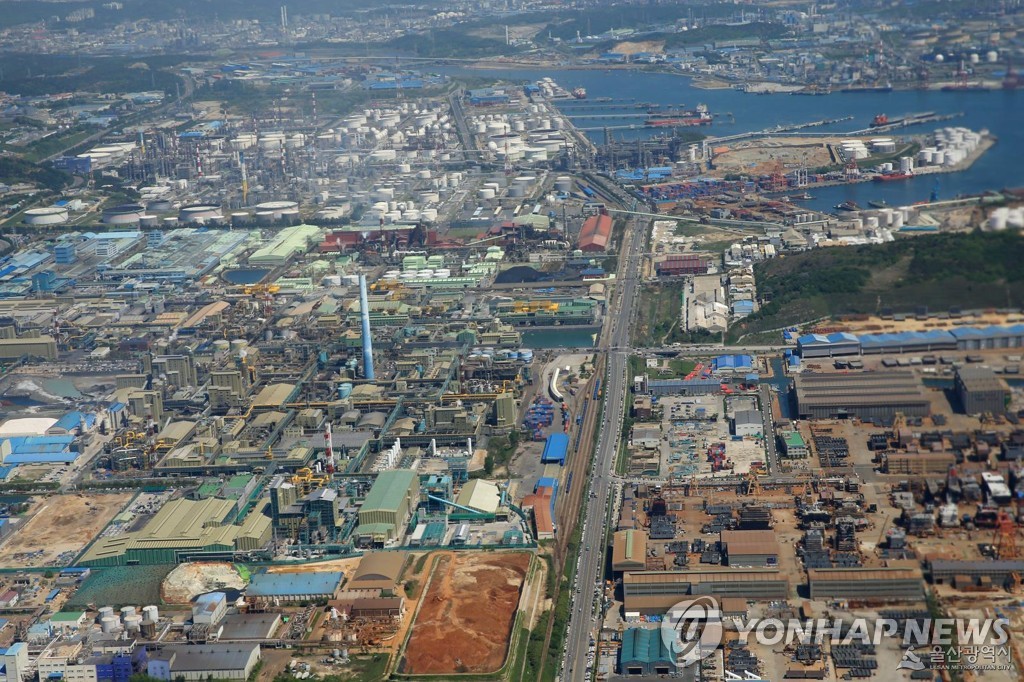 The country also became more import-dependent for its own exports.

The ratio of domestic commodities to intermediate inputs, or the localization rate, dipped to 77.7 percent in 2018 from 78.3 percent the year before.

Imports accounted for 12.7 percent of overall intermediate inputs in 2018, up from 12.2 percent the previous year.

"This was due mainly to rises in the import prices of raw materials, including oil and natural gas," the BOK said.

Manufactured goods accounted for 43.1 percent of total output and 29.5 percent of value added, compared with 43.4 percent and 29.9 percent, respectively, in 2017, according to the BOK.

Both the manufacturing and service sectors, however, continued to need less workers in 2018.

The workers coefficient of manufactured goods came to 4.7 in 2018, down from 4.9 the year before, while that of services dipped to 9.4 from 9.9 over the cited period.

The workers coefficient refers to the number of workers per billion won in output.