The North recently set up around 20 to 30 loudspeakers in border areas after threatening to take military action against what it called "the enemy" in anger over Seoul's failure to stop defectors from sending anti-Pyongyang propaganda leaflets across the border.

"North Korea is taking down those newly installed loudspeakers from earlier today," a military source said.

Defense Minister Jeong Keyong-doo confirmed that the North removed loudspeakers and said the military is closely monitoring related moves. But he did not provide further details, including how many were set up recently, how many were removed and where they are located.

"Regardless of the North Korean moves, we will continue to maintain a firm readiness posture and manage the situation so as to prevent the people from feeling insecure," Jeong said during a parliamentary judiciary committee session.

Jeong urged the North to "completely withdraw" military action plans rather than suspending them.

An official of the Joint Chiefs of Staff (JCS) also said the authorities are on high alert, as the suspension decision was made during the "preliminary" meeting.

"We still see more (North Korean) troops around its border sentry posts than before," he added. "But no unusual movements are detected which indicate North Korea is to put its earlier threats into practice." 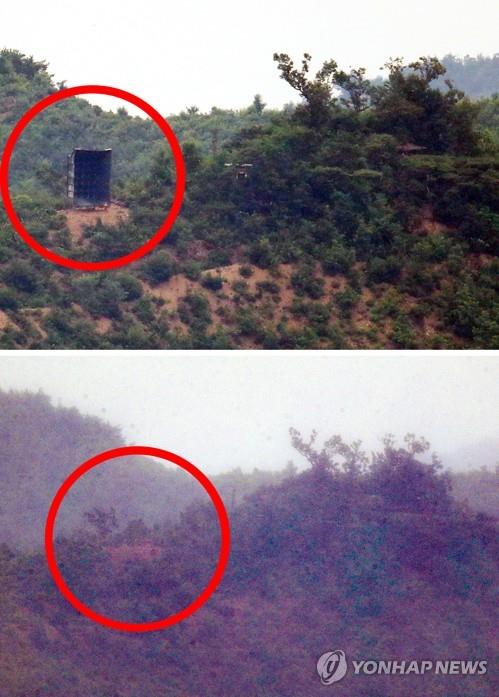