SEOUL, June 24 (Yonhap) -- South Korean Trade Minister Yoo Myung-hee on Wednesday announced her bid for the top job of the World Trade Organization (WTO), saying she would make her utmost efforts to reshape the final arbiter in trade disputes if she is elected.

Yoo's bid comes as the WTO is mired in its biggest crisis since it was created in 1995 over growing uncertainties in global rules on trade between nations and fragile collaboration among member nations.

She registered her candidacy with the WTO Secretariat in Geneva on Wednesday, according to the South Korean diplomatic mission in Geneva.

"I will vow to restore the WTO system that faces the biggest crisis since it was launched," Yoo told reporters.

Yoo said South Korea could help reduce friction between trading nations at a time when the global economy is hit by a trade dispute between the United States and China.

Asked about criticism by the U.S. about the WTO, Yoo replied, "The U.S. stance is that a well-qualified person who can reform (the WTO) should become the director-general of the WTO." 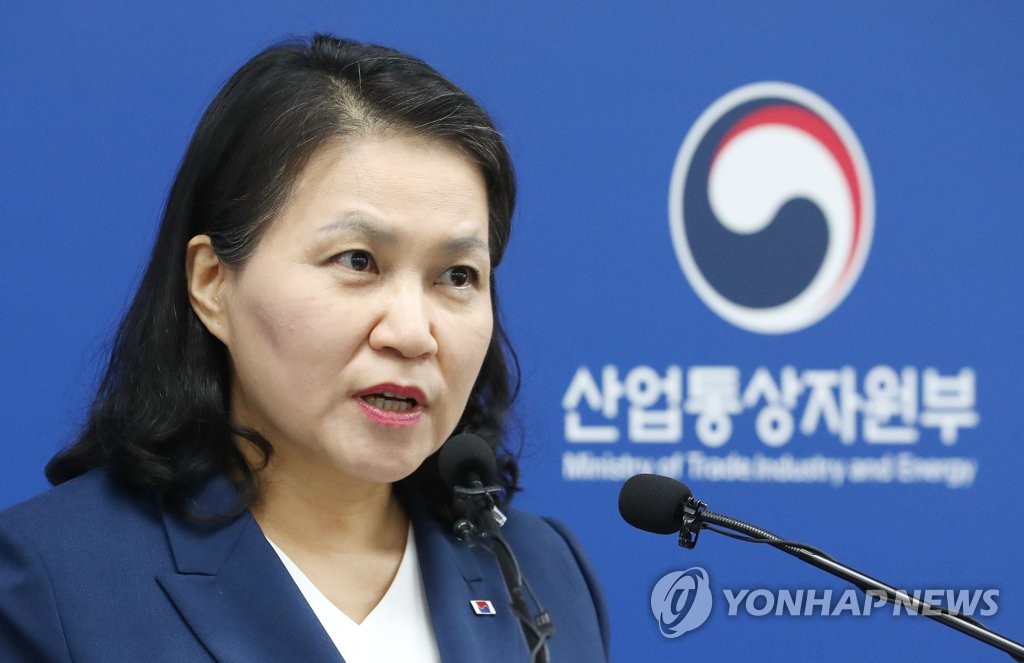 Since early this month, the WTO has started the process to pick a new head, as Brazil's Roberto Azevedo is set to step down in August, about a year before his term ends.

The foreign ministry said it would "actively" support Yoo's bid.

"When a South Korean becomes a candidate for an international organization, the foreign ministry carries out various activities to support the bid, depending on the strategic importance of the position," a ministry official said on condition of anonymity.

"When it comes to the WTO director-general post, our diplomatic missions in WTO member states and Geneva will actively support her campaign," the official added.

As Yoo made her bid, she became the third South Korean to run for the top post of the Geneva-based trade body.

Two South Koreans made unsuccessful bids in 1994 and 2012, respectively.

So far, the WTO has received five candidates -- from South Korea, Egypt, Mexico, Nigeria and Moldova -- according to the ministry.

Yoo has often been referred to as the "devil's advocate" and as a counterpoint to her predecessor, Kim Hyung-chong. Sources said that while Kim takes a more aggressive approach during negotiations, Yoo tends to be more circumspect.

Yoo is fluent in English and served as the presidential office's spokesperson for foreign correspondents.

She was the first woman to become a first-rank staff in the 70-year history of the trade ministry in 2018.
(END)