Gen. Charles Brown, commander of Pacific Air Forces (PACAF), made the remark during a teleconference with reporters as tensions have escalated over North Korea's threats to send troops to border areas and scrap a military tension-reducing agreement with the South.

"We pay attention to what's going on," he said, speaking from the PACAF headquarters in Hawaii. "We spend time looking at the activity, the change in activity, always assessing, not just today, but we've been doing it for the past -- particularly 2017 and beyond, to pay attention and posture."

"That actually drives into our decision calculus of what assets we may or may not recommend based on -- in support of the diplomatic efforts that are ongoing," he continued. "We're going to continue to pay attention to, going forward. We'll make some recommendations based on -- and it's not just what comes from the military, it's a whole of government approach that kind of goes into this. So we're really kind of just standing by to see how some of this plays out." 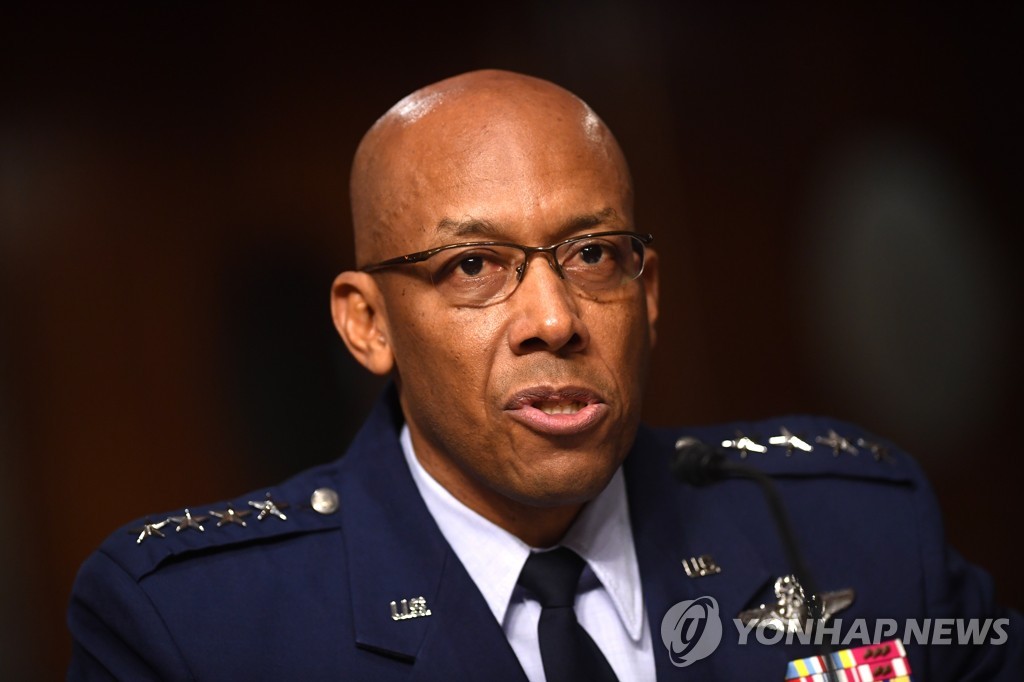 Brown refused to discuss the operational details of what would trigger the deployment of strategic assets to the Korean Peninsula. Strategic assets usually refer to B-52 bombers, stealth warplanes, nuclear-powered submarines and aircraft carriers.

The last time they were deployed to the peninsula was more than two years ago.

"That'll be in conversation as we go forward, particularly if we see the threat continue to rise," he said, adding that any decision on the exercises will depend in part on the diplomatic efforts to denuclearize the North.

Brown deferred questions on U.S.-South Korea defense cost-sharing negotiations to the State Department, saying that from a military standpoint he believes the alliance remains strong.

The general has been confirmed to be the next Chief of Staff of the U.S. Air Force.