The Korea Ice Hockey Association (KIHA) said the second pre-qualifying round will run from Feb. 11 to 14 in 2021 in Gangneung, some 230 kilometers east of Seoul. Gangneung hosted all men's and women's hockey games during the 2018 Winter Olympics. 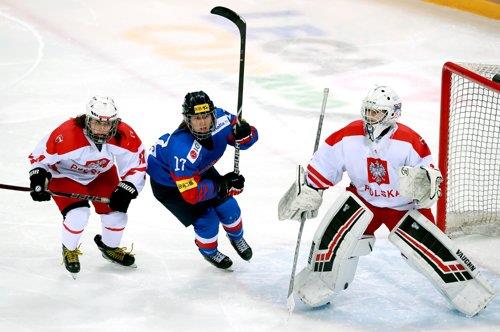 Group G teams are Italy, Kazakhstan, Spain and Chinese Taipei. Group H is made up of the Netherlands, Poland, Mexico and Turkey.

The top teams from each of these three groups will advance to the final qualification round. The final stage will also feature three groups of four, and only the three group winners will secure spots at the 2022 Winter Olympics in Beijing.

The women's hockey tournament will feature 10 countries. The host China and the top six countries based on the 2020 world rankings -- the United States, Canada, Finland, Russia, Switzerland and Japan -- have already qualified.

Teams ranked from seventh to 15th have the bye to the final qualifying round, while 11 nations below them went straight to the second pre-qualification.

South Korea made its Winter Games debut as the host country in 2018, though it was as a unified team with a dozen North Korean players.