SEOUL, June 24 (Yonhap) -- The ball is now in their court, or in their hands, since we're talking about baseball.

Either way, the Kiwoom Heroes of the Korea Baseball Organization (KBO) will have the ultimate say on whether or not Kang Jung-ho, an embattled former major league player, can resume his playing career in South Korea.

Kang, his big league career essentially over following a drunk driving conviction in 2017 and sub-par performances in ensuing years, is hoping to be reunited with the Heroes. He'd been with this franchise from 2006 to 2014 before signing with the Pittsburgh Pirates in 2015. 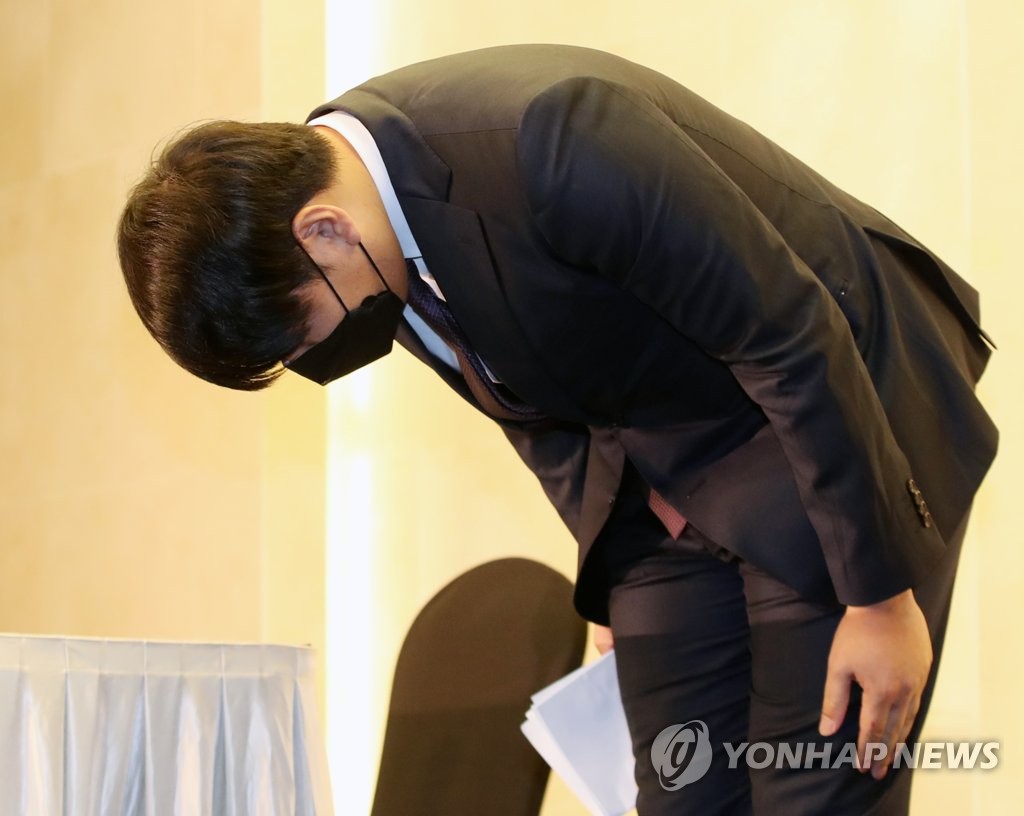 Kang held a press conference in Seoul on Tuesday to apologize for his past misdeeds -- he'd also been caught driving under the influence of alcohol in 2009 and 2011 -- and begged for a chance to play in the KBO again.

The 33-year-old is now at the Heroes' mercy. Because Kang wasn't a free agent at the time he left for the Pirates and he signed through the posting system, the Heroes retained their rights to Kang and placed him on the voluntarily retired list.

They must first activate Kang off that list before he can play in the KBO. Once Kang comes off the list, the Heroes can sign him, make him a free agent, or trade him. On the other hand, they can choose to keep Kang on the list, in which case Kang won't be able to play for any other club in the KBO.

He may still go to a foreign league, but Kang hinted during Tuesday's press conference that he won't go that route.

Based on Kang's past DUI incidents, the KBO handed down a one-year suspension and ordered him to do 300 hours of community service. The penalty will go into effect once Kang signs a deal.

The Heroes had said they would wait until Kang made a public apology before discussing his potential future with the club.

Now that Kang has done his part, the Heroes' general manager Kim Chi-hyun said, "We'll try to make a decision as soon as we can. It's not something that should be dragged on." 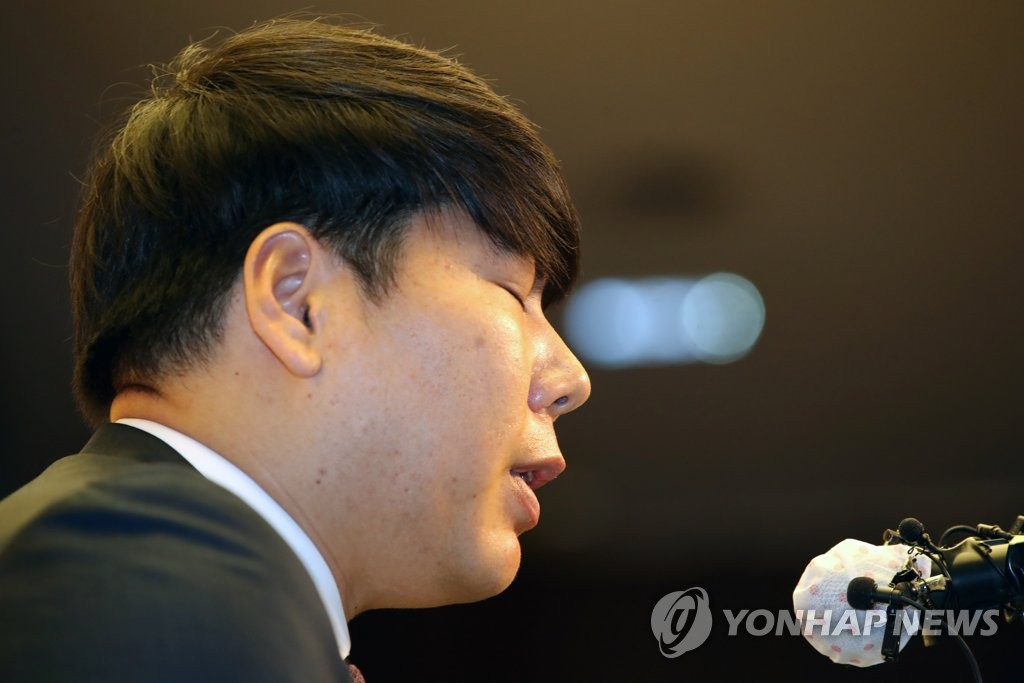 For the Heroes, it's not as simple as telling Kang, "Ok, we heard your apology. Now you can come play for us again."

The Heroes put themselves in an impossible situation. They basically asked him to apologize first before he can sit down for contract talks with them. Now that Kang has apologized, the Heroes can't afford to just turn their back on him.

If Kang can duplicate his pre-DUI level of production -- he had 36 home runs in his first two big league seasons and belted 40 homers in his most recent KBO season in 2014 -- there's no doubt he can help the Heroes on the field. But signing such an unpopular player will bring a great deal of public relations baggage.

Kang has been getting grilled in the court of public opinion since receiving the eight-month jail term, suspended for two years, in May 2017. At that point, he gave what many felt was only a half-hearted apology, offering that he'd try to make up for his mistakes by playing good baseball.

When Kang reached out to the KBO and the Heroes two months ago in a bid for a return, his detractors couldn't believe Kang's temerity to even consider playing here again. His driver's license had long been revoked under the "three strikes" rule, and as far as his critics were concerned, there should have been a three-strike call on Kang's career, too.

Kang was convicted for an accident that happened in December 2016. Many felt Kang's apology on Tuesday came three years and six months too late. They said Kang didn't see the need to apologize to Korean fans back then because he was still on a major league contract and probably didn't envision himself begging for a second chance in the KBO. It appeared to those critics that Kang apologized only out of necessity because he wanted to resume his playing career and the KBO offered him the best opportunity to do so. 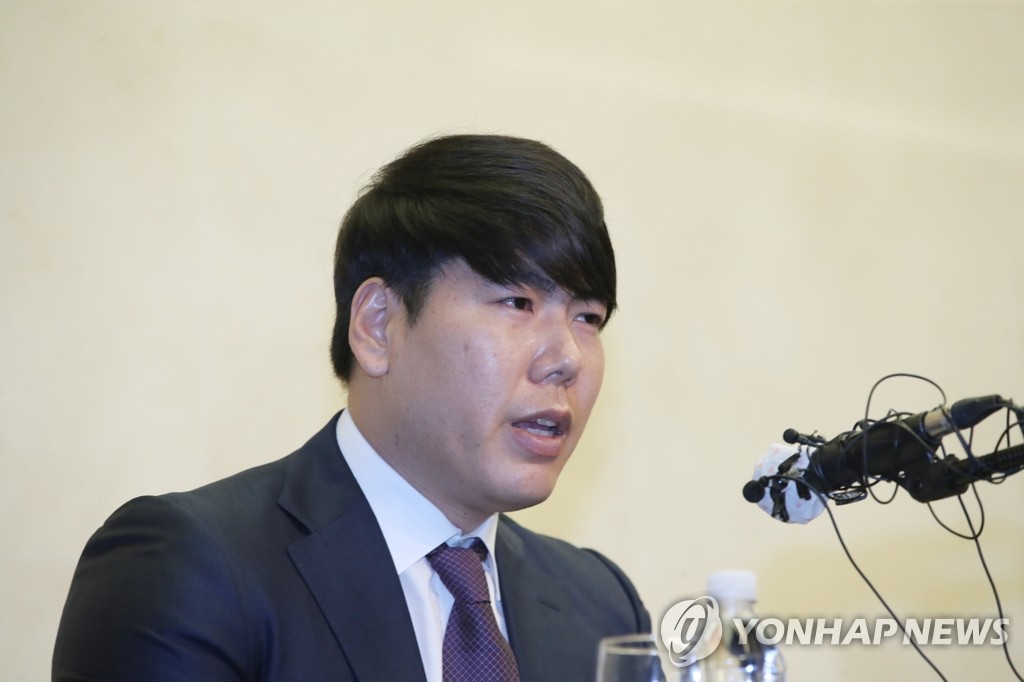 The apology did little to assuage those detractors. And if the Heroes still go ahead and sign Kang, they'll become a target of scorn for bringing in yet another shady character aboard.

And the Heroes have had no shortage of off-field controversy in recent seasons. It starts from the top: their former owner, Lee Chang-suk, was sentenced to 3 1/2 years in jail for embezzlement charges in December 2018.

In 2018, the Heroes suspended rookie pitcher An Woo-jin for 50 games over his assault of high school teammates. That same year, closer Cho Sang-woo and catcher Park Dong-won faced allegations of sexual assault, though they ultimately walked free early last year without indictment.

In December 2018, veteran outfielder Lee Taek-keun was banned for 36 games by the KBO for striking a teammate in the head with a baseball bat.

Last weekend, the Heroes acquired former National League All-Star Addison Russell, who served a 40-game ban in the majors in 2019 while with the Chicago Cubs for domestic abuse allegations. Kim, the general manager, said the team felt comfortable enough to sign Russell because he had already served his penalty in the majors and came back to play for the Cubs in 2019 before getting cut.

If the Heroes do sign Kang, they'll also have some explaining to do. Will they feel equally comfortable since Kang will serve his one-year ban and he claims to have been sober for four years?

The rest of the KBO is watching with bated breath. 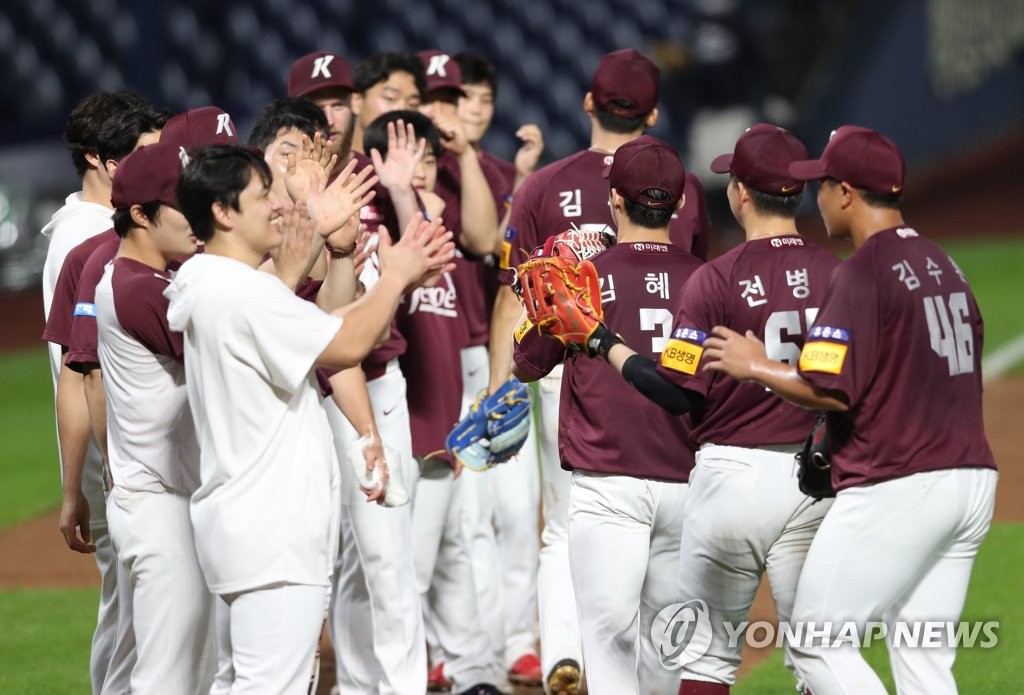