Last month, the 26 year-old celebrity applied for a naval military band and honor guard unit. After going through a performance test and interview, he was deemed qualified to be a member specializing in piano, according to the officials.

Park will begin his service on Aug. 31 at the Navy Education and Training Command in Changwon, South Gyeongsang Province, for basic military training before transferring to the Navy headquarters in the central city of Gyeryong, they added.

The official announcement will be made by the Military Manpower Administration on Thursday.

All able-bodied South Korean men are required to serve about two years in the military.

Park graduated from Myongji University in Seoul majoring in musical performance and film.

He debuted in the 2011 film "Blind" and rose to stardom after appearing in the cable channel tvN soap opera "Reply 1988." 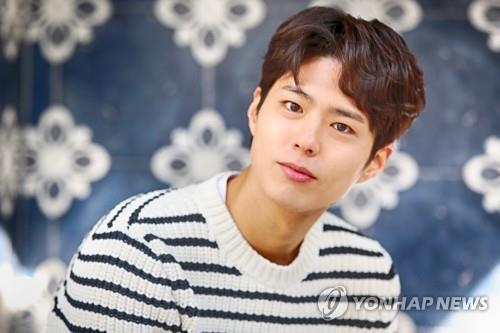