Woo, 27, debuted in 2011 and rose to stardom after starring in the hit television series "The King: Eternal Monarch" this year and the film "The Divine Fury" in 2019.

"Due to safety and health reasons, the location and time for Woo's entrance to the military camp will be kept closed without official media or farewell events," his agency, KeyEast, said in a statement.

Woo posted a handwritten letter on Instagram to thank his fans before taking leave.

"Thank you for standing by and supporting me in my entire 20s. My 20s couldn't have been happier," he wrote. 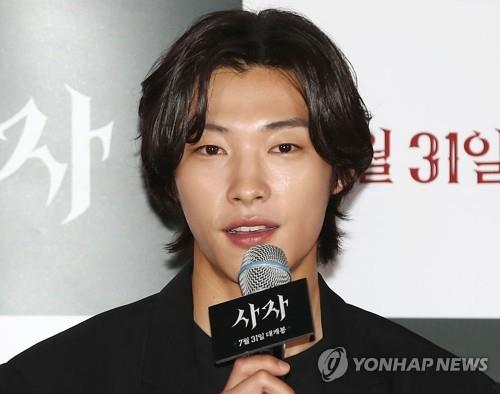