In addition, the government plans to levy a capital gains tax on stock investment gains surpassing 20 million won (US$16,632) beginning in 2023, Hong said.

Currently, South Korea levies a capital gains tax on major shareholders who own more than 1 billion won in a single stock.

The tax proposal is aimed at "revitalizing financial investment by improving the rationalization of taxation," Hong said, adding that a complex tax scheme on financial products has undermined investment.

Starting in 2022, consolidated gains from all financial investment will be subjected to a single tax rate, Hong said.

The government will gradually lower the stock transaction tax to 0.15 percent in 2023 from the current 0.25 percent, Hong said.

The tax proposal is subjected to approval from the National Assembly. 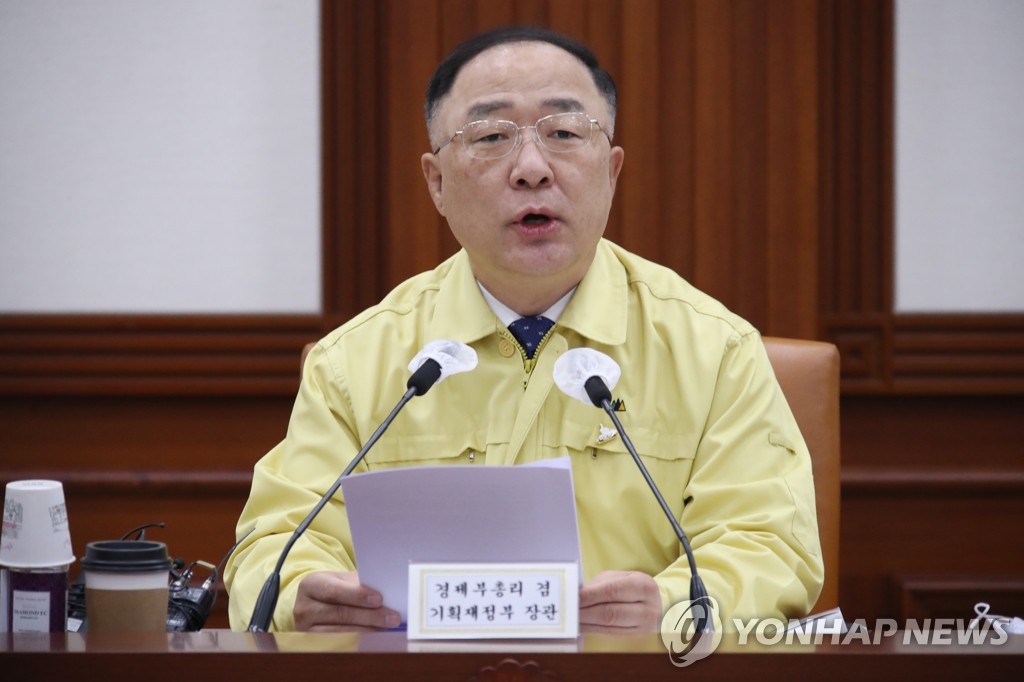 On Wednesday, the International Monetary Fund (IMF) revised down South Korea's GDP forecast for this year to a contraction of 2.1 percent, compared with its April outlook of a 1.2 percent contraction.

The IMF outlook also painted a bleaker picture of the global economy as the coronavirus pandemic has showed no signs of weakening.

The global economy is expected to shrink 4.9 percent this year, compared with a contraction of 3 percent in its April prediction, according to the IMF.

Hong said the government will spare no efforts to achieve positive economic growth this year.

To that end, Hong renewed calls for the National Assembly to approve the third extra budget bill by the end of this month.

Earlier this month, South Korea proposed its third extra budget plan worth 35.3 trillion won to help key industries deal with the economic blow from the coronavirus pandemic and protect jobs.

(2nd LD) S. Korea to impose new tax on gains from all financial investment from 2022

(2nd LD) S. Korea to impose new tax on gains from all financial investment from 2022