Hwang Deok-soon, senior secretary to Moon for jobs, said the move is about enhancing "fairness in the labor market, a bit different from fairness in the hiring process."

He stressed that it has nothing to do with positions open to those who seek jobs at the company, speaking in a radio interview.

Earlier this week, the airport authorities announced a decision to turn the irregular or temporary employment positions of the workers into regular ones.

It has sparked public outcry and controversies. Hundreds of thousands of people signed a petition, posted on Cheong Wa Dae's website. They argue it's unfair to give them the much-coveted prerogative automatically over many job seekers, mostly college graduates.

Furthermore, the sensitive issue has political and ideological implications. 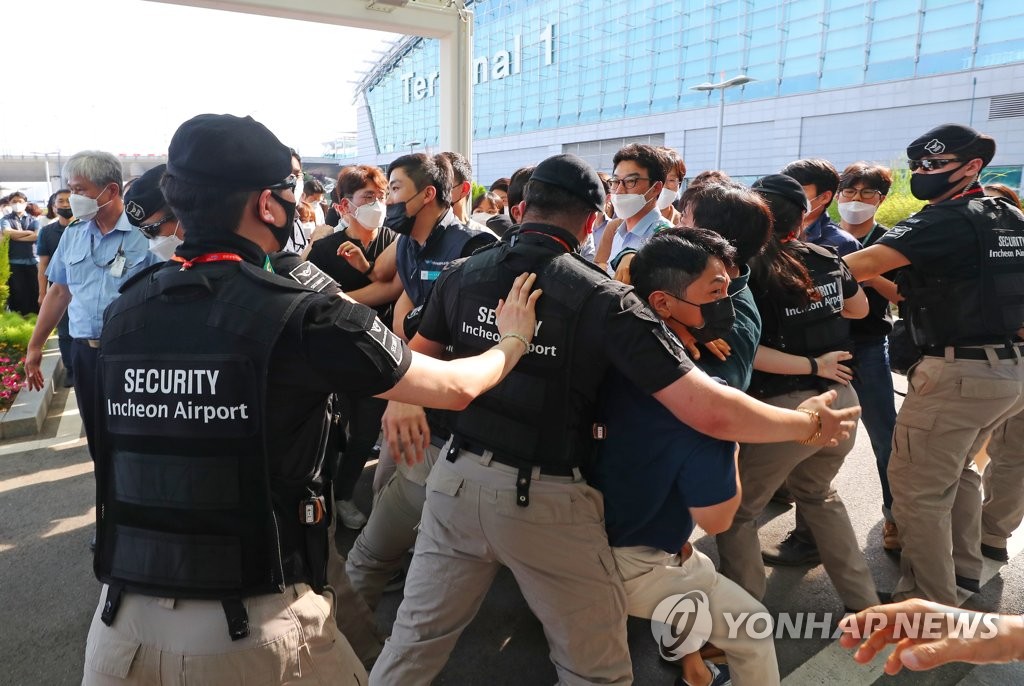 Two days after his inauguration in May 2017, Moon visited the airport just west of Seoul, which serves as a main gateway to South Korea, and declared a push for a "zero irregular job" era. Critics have accused the left-leaning Moon administration of trying excessively and recklessly to create jobs in the public sector.

The senior secretary, meanwhile, said the government's basic position is that the security of jobs directly connected with the people's lives and safety should be guaranteed.

He added the airport workers would face a formal test to become full-time employees.