(ATTN: UPDATES with comments from Cho, reactions from art experts at bottom)

SEOUL, June 25 (Yonhap) -- The Supreme Court on Thursday confirmed a ruling that cleared a singer-painter of fraud for selling his paintings that were created with the help of assistants.

Cho Young-nam, once a popular folk singer, was accused of fraudulently selling 21 pieces of art to 17 people for a total of 153 million won (US$126,792) from September 2011 to January 2015. Cho called the paintings his own, but it was later found out that assistants he had hired actually painted them, and he only added some final touches.

A district court sentenced him to 10 months in prison, suspended for two years for fraud. But in August 2018, the appellate court found him not guilty of fraud because his artwork embodied Cho's original ideas and the role of his assistants was limited to helping him technically. 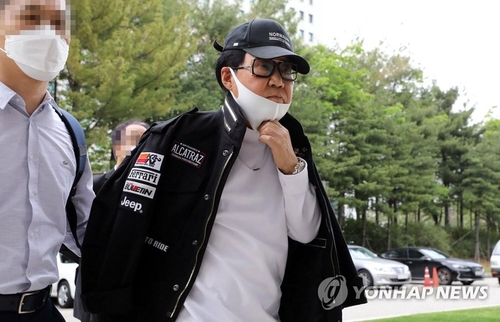 The fact that Cho's paintings were created with the help of another person was not deemed to be absolutely necessary information for buyers, the Supreme Court concluded, effectively accepting the defendant's argument that using assistants in art making was a widespread practice.

The court also said it would be best to respect the opinions of experts when it came to art transactions, unless there were issues of forgery or copyright violations.

The singer, who was popular in the 1970s-80s, has painted professionally since 1990. He was found to have used assistants to produce more than 300 works sold under his name since 2009. 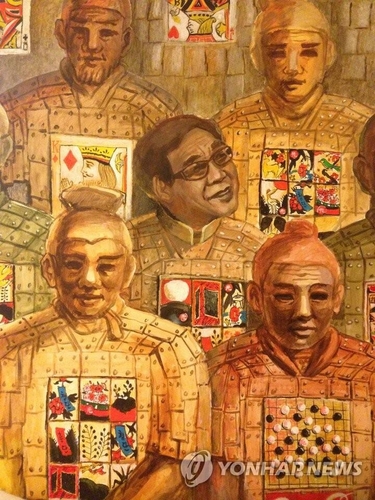 "I knew there was no wrongdoing from the beginning. I was flabbergasted and dumbfounded by the fact that the accuser was adamant about me being guilty," Cho told Yonhap News Agency over the phone after the ruling.

Cho also said he now faces the responsibility to be artistically competent in the future.

"I need to make sure that people don't react to my work by saying, 'People fought over this lousy art for over five years?'"

Reactions from the art world were mixed, although most agreed that the ruling presented a landmark precedent in the ongoing discourse around what constitutes modern art.

"The not-guilty ruling was an expected conclusion," said Kim Young-ho, an art professor at Chung-Ang University in Seoul.

Kim argued that modern art in general lacks the very idea of core concepts or creative guidelines. "The state of modern art has arrived at a point where methods of defying previous conventions are used as means of creating new aesthetics."

"This will go down in history as a case that prompts the art community to self-examine on how it defines modern art and how it sees the relationship between art and capital," Kim said.

"It's shameful that such a matter even went to court. It's also very unpleasant to know that the court's decision could leave the impression that all artists use assistants," Kim Young-ho, secretary general of the Korean Fine Arts Association, said.

"From now on, Cho will proudly use ghost painters in the future. I will not consider him a true artist," he said.

"Although Cho was deemed not guilty by the court, artistically he's been given a lot of homework," said Yang.

"There have to be clear and acceptable reasons when seeking help from others. In the end, the artist himself or herself must prove his or her worth through artistic integrity and sincerity."