SEOUL, June 25 (Yonhap) -- U.S. Ambassador to Seoul Harry Harris said Thursday that the South Korea-U.S. alliance will continue to thrive for generations to come, calling it a linchpin of regional security amid "serious threats and challenges reshaping the world."

In a message marking the 70th anniversary of the outbreak of the Korean War, Harris also stressed that the alliance has developed into a multidimensional partnership reinforced by "shared values, shared concerns and economic interests."

"Even now, there are serious threats and challenges reshaping the world. It is vital that we face these threats together," Harris said in the video message posted on social media.

"The U.S.-Republic of Korea alliance serves as a foundation for peace and prosperity on the Korean Peninsula and a linchpin for the security and stability throughout the region," he added. 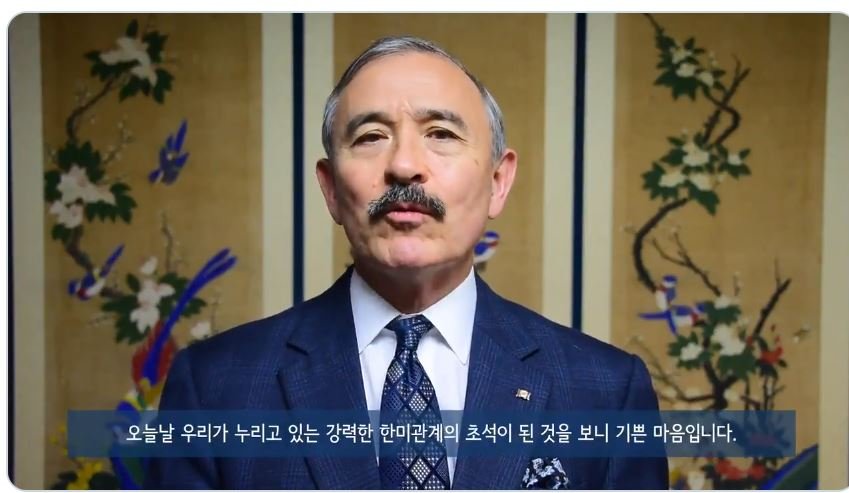 It remains unclear what "serious threats" he was referring to. But his remarks came amid renewed tensions with North Korea over its recent shocking demolition of an inter-Korean liaison office and Washington's intensifying rivalry with Beijing over trade, technology and security.

Harris also said that the alliance, "forged in the crucible of war and hardened by blood spilled together," will continue to thrive "as long as we together nurture it, resource it and remain committed to it."

The ambassador called the 1950-53 war a "struggle that culminated in the victory of democracy over communism, of freedom over oppression, of sea lanes and gateways over blockades and barricades."

"Brilliance, innovation and creativity are all hallmarks of free society. This is what the Republic of Korea has come to be known for," he said.

"South Korea is indeed a free country -- a vibrant, prosperous nation that pulses with hope and optimism, a key leader and a beacon of light in Asia," he added.

Commenting on Seoul's recent support for the U.S. fight against the new coronavirus, including the donation of 500,000 masks to American Korean War veterans, Harris expressed appreciation for it as a "tangible example of our steadfast friendship and partnership."