The service will provide in-car infotainment, such as weather reports and music or podcast streaming, through an internal communications device installed in new vehicles by the South Korean unit of French automaker Renault SA, KT said in a statement.

Drivers currently have to connect their smartphones to infotainment services through applications such as Android Auto or Apple's CarPlay.

The carrier also plans to provide the services to Renault Samsung's XM3, a small-sized SUV released earlier this year.

The company said it is also developing an artificial intelligence-based auto assistant for Renault Samsung vehicles.

The assistant will be able to recommend destinations based on the driver's daily schedule and monitor the vehicle's maintenance conditions, according to KT.

KT's local rival SK Telecom said last month that it partnered with Volvo Cars Korea Co. to supply its car infotainment system to its vehicles scheduled to launch in the country next year. 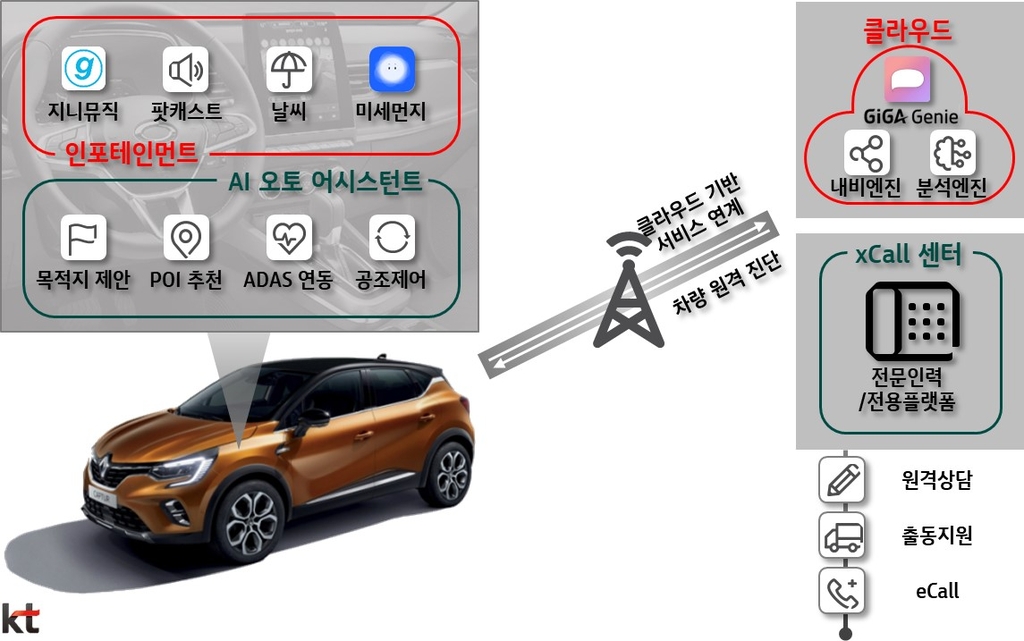