SEOUL, June 25 (Yonhap) -- Having been re-endorsed as the floor leader of the main opposition party, Rep. Joo Ho-young vowed Thursday to boycott the parliamentary process to distribute standing committee seats, a move likely to delay the chamber's passage of a new COVID-19 response budget bill.

In an emergency plenary meeting of the main opposition United Future Party (UFP), Joo was unanimously re-endorsed as the floor leader earlier in the day.

Joo offered to resign from the seat on June 15 after the chairman posts for six key parliamentary standing committees went to the ruling Democratic Party (DP) in a parliamentary vote boycotted by the UFP.

"It is important that (UFP members) form a united front until the (DP) realizes that it can't manage the assembly unilaterally and offers an olive branch," Joo said after his re-endorsement, vowing to continue the party's boycott of the parliamentary process to distribute standing committee seats to lawmakers.

Joo said he will never submit his party's list of legislators recommended as members of the committees as part of the boycott.

"Based on their general election victory, (DP) lawmakers decided to go it alone and skipped (bipartisan) negotiations from the beginning," he said, accusing the ruling party of unilateral action.

Since the new assembly term began on May 30, the rival parties have struggled to finalize the process to appoint the heads of the 18 standing committees and committee members, a prerequisite before the chamber will be able to start to deliberate on pending bills.

But the UFP staged its boycott of the process after it unsuccessfully sought to take the chairmanship of the Legislation and Judiciary Committee, the final gateway for all bills before they are voted on in a full floor session, for major parliamentary leverage against the ruling party. The post had been previously reserved for the main opposition party.

The UFP's continued boycott is likely to derail the government and the DP's efforts to pass a special 35.3 trillion-won (US$29 billion) budget bill through the assembly within this month.

"At a time when the execution of the first (virus response) extra budget remains unfinished, there's a lot of unnecessary, unuseful extra expenditure (proposals) pending at the assembly," Joo said.

"As (the remaining) 12 parliamentary standing committees have yet to be formed, the party is not in a position to set a date to review the bill," the floor leader said, indicating that the bill's passage may be unavoidably delayed. 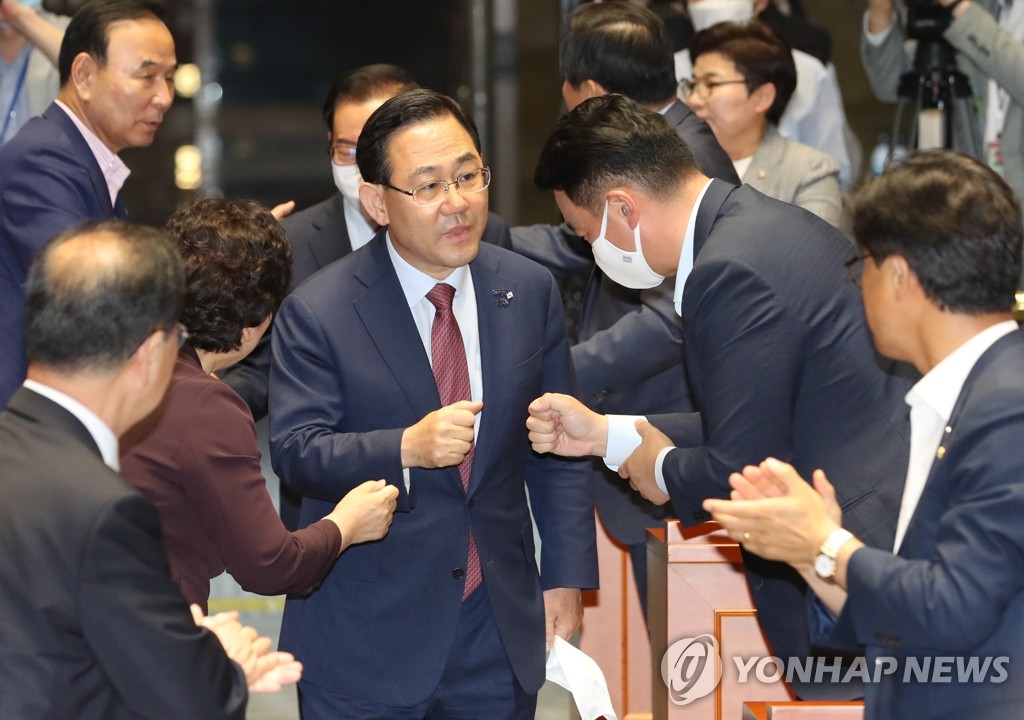