SEOUL, June 25 (Yonhap) -- Triple plays in baseball maybe aren't as rare as you'd think. But when one gets turned because a runner interferes with a fielder's throw, that's in a whole new territory.

It was the 74th triple play ever in the Korea Baseball Organization (KBO), whose first season was in 1982, and second triple play of 2020.

The KBO confirmed Thursday that none of the 73 previous triple plays had included an interference call. 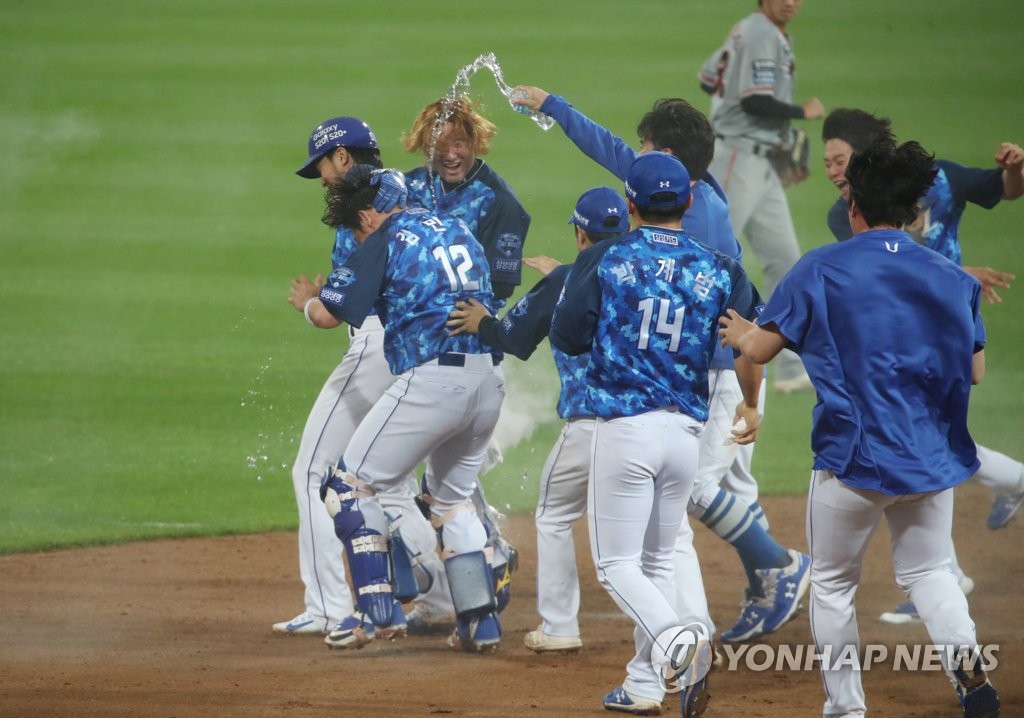 It came in the bottom of the third inning against the Hanwha Eagles at Daegu Samsung Lions Park in Daegu, 300 kilometers southeast of Seoul.

The Eagles thought they were still alive in the inning, but not so fast. Second base umpire Kim Seon-soo ruled that the runner going from first to second, Kim Tae-kyun, had interfered with Kim Sang-su's throw with an illegal slide, and the batter was automatically ruled out.

Hanwha's interim manager Choi Won-ho came out of the dugout to argue, but it wasn't a reviewable play, and the ruling on the field stood.

The Lions went on to win the game 3-2, scoring twice in the bottom of the ninth.

In Major League Baseball, there have been only three triple plays that involved an interference ruling. Most recently, the Colorado Rockies turned a 5-4-3 triple killing against the San Diego Padres, completed thanks to an interference call at second base, in May 2014. It was the first such triple play since 1905.

Samsung Lions credited with triple play unlike any other in KBO

Samsung Lions credited with triple play unlike any other in KBO