SEOUL, June 25 (Yonhap) -- South Korea's culture minister on Thursday criticized Japan for failing to fulfill its promise to honor victims of wartime forced labor in a new museum on its industrial revolution sites.

In a strongly-worded post on Facebook, Culture Minister Park Yang-woo denounced Tokyo for opening its new Industrial Heritage Information Center on the 23 UNESCO-designated sites of Japan's Meiji Industrial Revolution without proper explanation of the forced labor that took place on the sites during World War II. The museum opened on June 15 in Tokyo.

"As promised to the UNESCO World Heritage Committee and member nations, (Japan) should not leave out the historical records of numerous Koreans being forced to work under severe conditions against their will," Park wrote on Facebook.

"History must be based on the truth and a false history cannot be called history. Admitting to past wrongdoings is what an individual or a nation ought to do. It is also the courageous thing to do," he said. "Covering up and not acknowledging the truth is like a confession of not being courageous or confident." 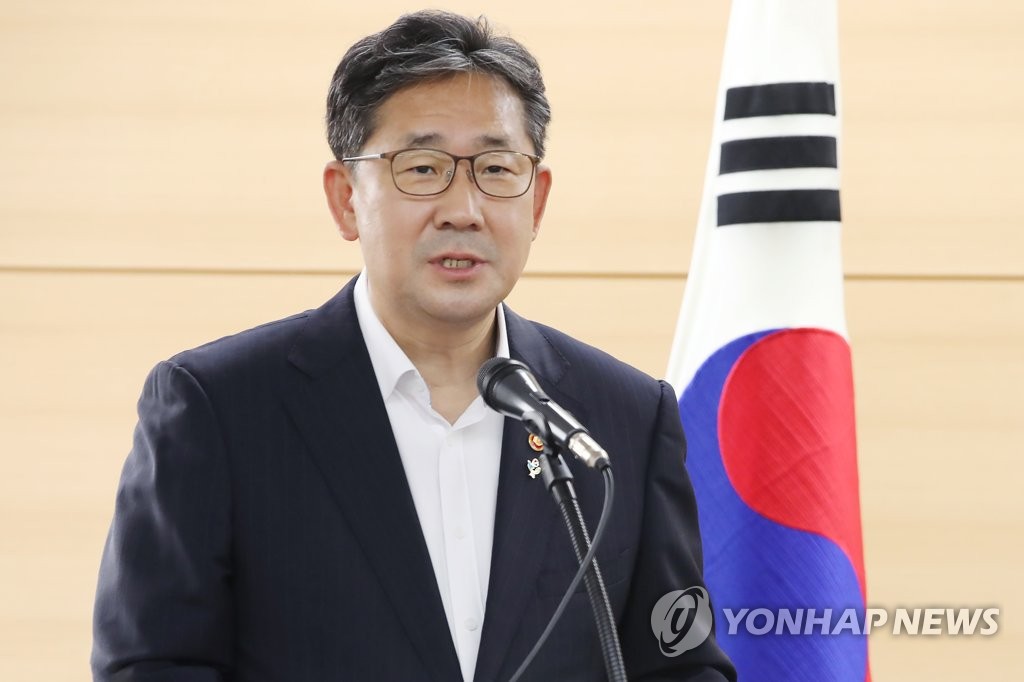 Park also called on the Japanese government to "apologize for cover ups and distortion of history" and become an honest member of the international community.

The culture ministry also shared a poster image on its Facebook account calling on Japan to keep its promise. The poster includes an image of Japan's Hashima Island, which is one of the UNESCO-designated industrial sites, with the hashtag "#keep_your_word" underneath it.

According to a South Korean government report released in 2012, about 500 to 800 Koreans are believed to have been made to work in cramped and stifling spaces at undersea coal mines on the island off the coast of Nagasaki between 1943 to 1945, and 143 of them died there of diseases, malnutrition and accidents. Korea was a colony of Japan from 1910 to 1945.

The island is also called Battleship Island for its silhouette resembling a destroyer. 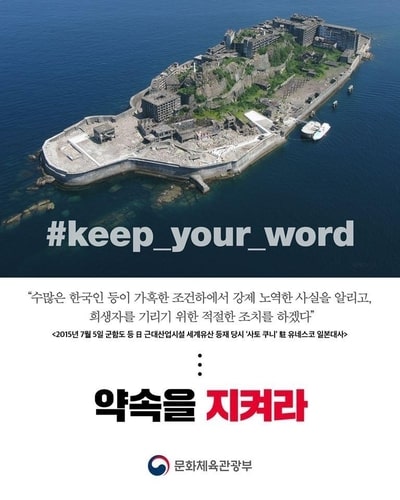