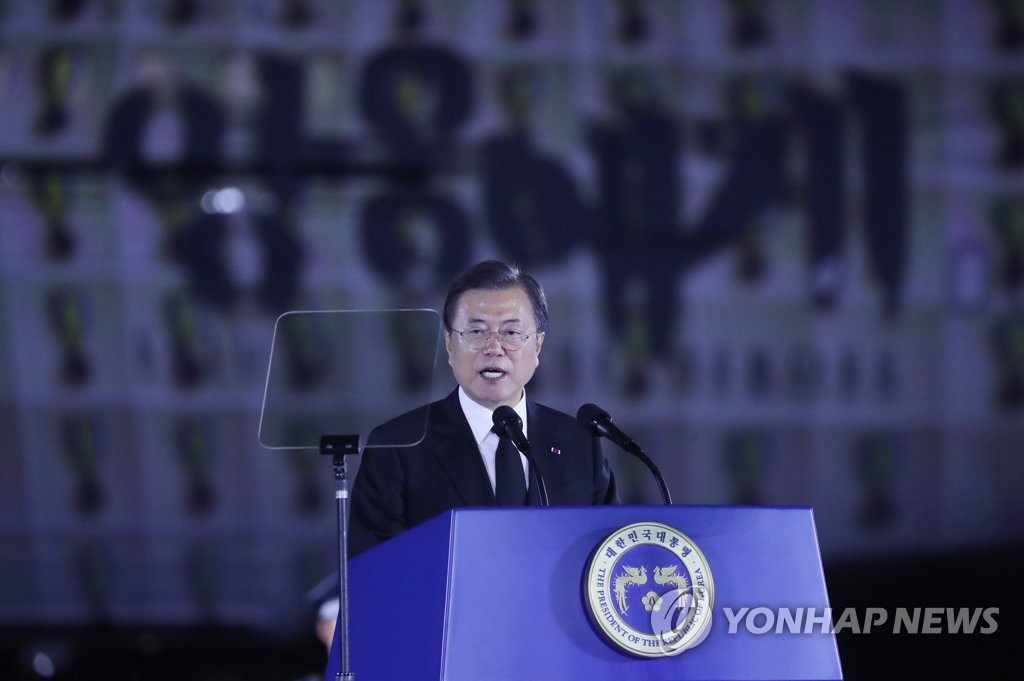 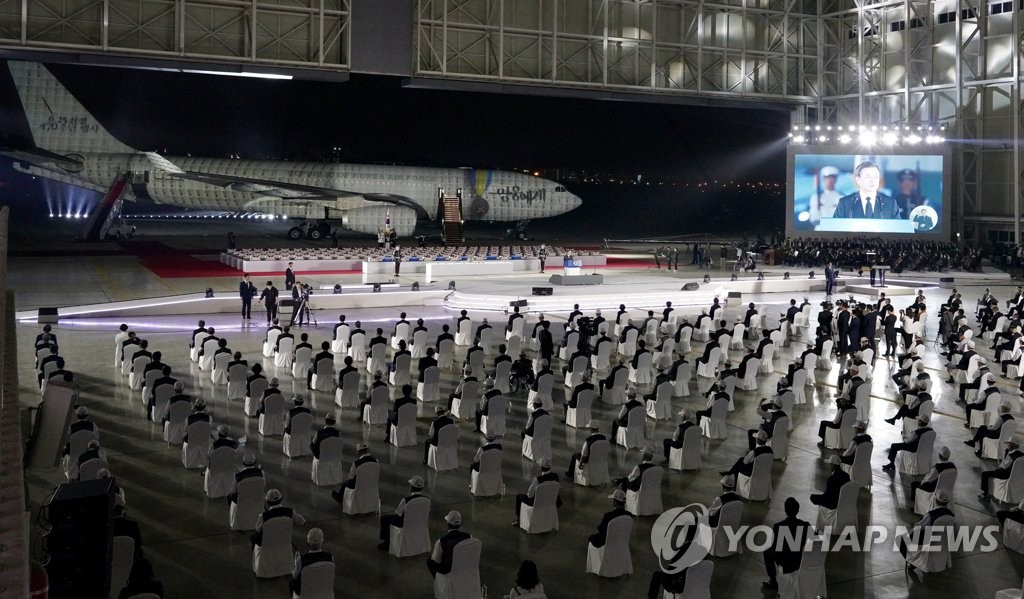 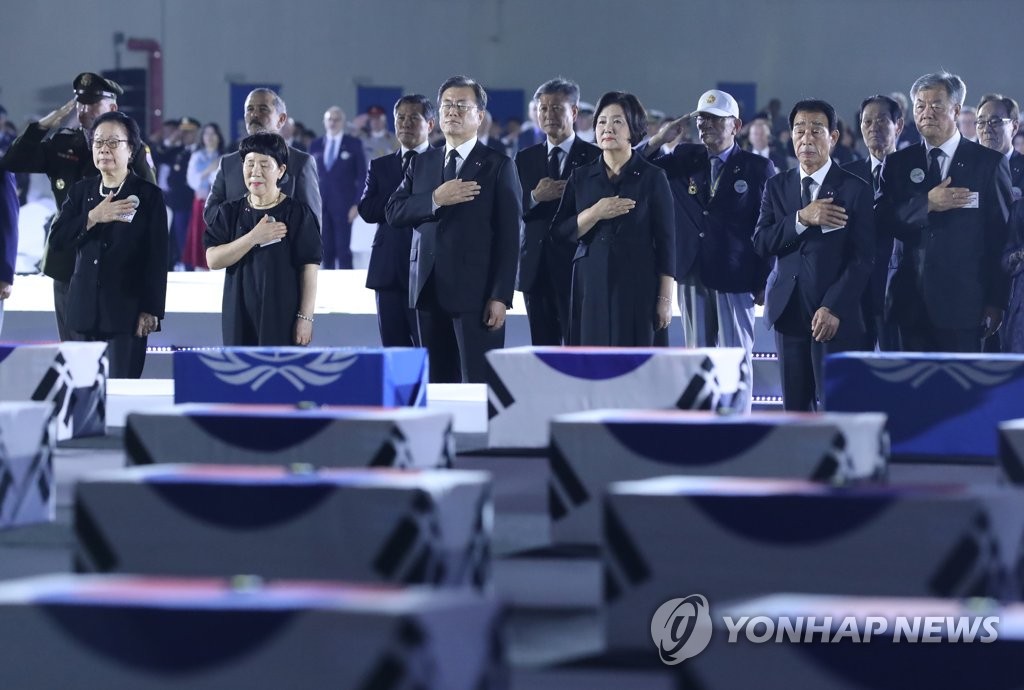 Moon received a symbolic report from a Korean War veteran on a combat mission completed. The veteran then saluted Moon, who quickly returned the salute. 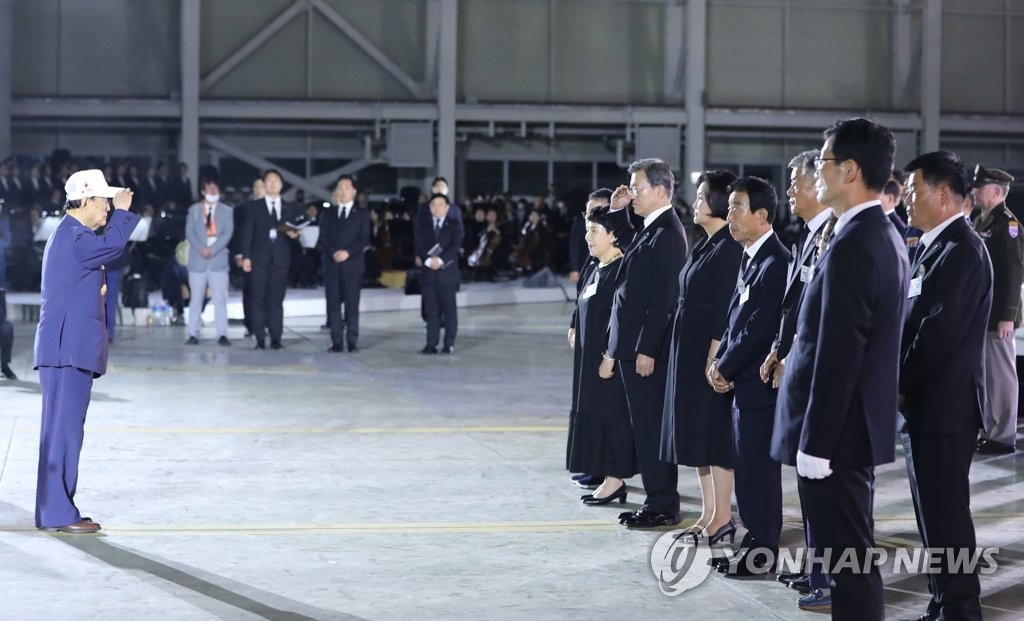