Moon expressed hope that the North will "boldly embark on an endeavor to end the most sorrowful war in world history."

"If we are going to talk about unification, we have to achieve peace first, and only after peace has continued for a long time will we be able to finally see the door to unification," he stressed, addressing the nighttime ceremony to mark the 70th anniversary of the outbreak of the war. 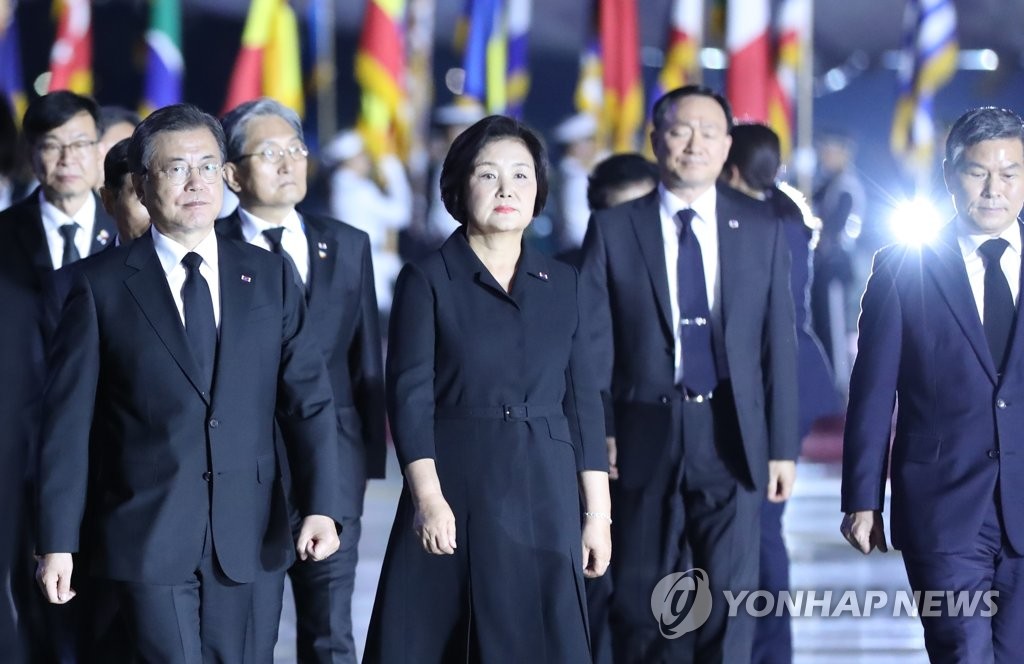 "Our military has strength to ward off any threat. It has a thorough readiness posture and will never allow even a handspan of our territory on land, sea and in the air to be violated again," he said.

The president added "if anyone threatens our people's safety and lives, we will firmly respond. Our national defense capabilities are strong enough to repel any provocation from any direction."