WASHINGTON, June 25 (Yonhap) -- The United States will stand with its allies and partners and support them in whatever they need, a senior U.S. official said Thursday in response to concerns about China's retaliation against U.S.-aligned nations.

Keith Krach, under secretary of state for economic growth, energy and the environment, made the comment during a teleconference with reporters when asked how the U.S. plans to protect countries, such as South Korea, from such action by Beijing.

"Mike Pompeo was pretty clear," Krach said, referring to the secretary of state's recent statement condemning China's reported threat to punish British bank HSBC unless London allowed Huawei to build its 5G network. "He said, we stand with our allies and our partners. And he also said, whatever the UK needs, we are here to assist you. And I think that that's true for any nation."

South Korean media have raised concerns that Seoul may be forced to choose between Washington and Beijing amid a growing rivalry between the two superpowers.

In the economic sphere, Washington has pushed its Economic Prosperity Network initiative aimed at diversifying global supply chains away from China.

"We really believe that there's strength in unity and solidarity," said Krach, who leads the initiative. "We all have experience with bullies. And when a bully's confronted, they back down. And they especially back down when you have all your friends by your side."

Krach added that he had seen "some things" written in the Korean press that he wanted to clarify.

"The Economic Prosperity Network does not prevent members from working with any country or organizations outside the network or tell them to choose between partnerships," he said. "So this is not a choice between China and all the other countries on the Economic Prosperity Network. We wouldn't be respecting countries' sovereignty if that was the case." 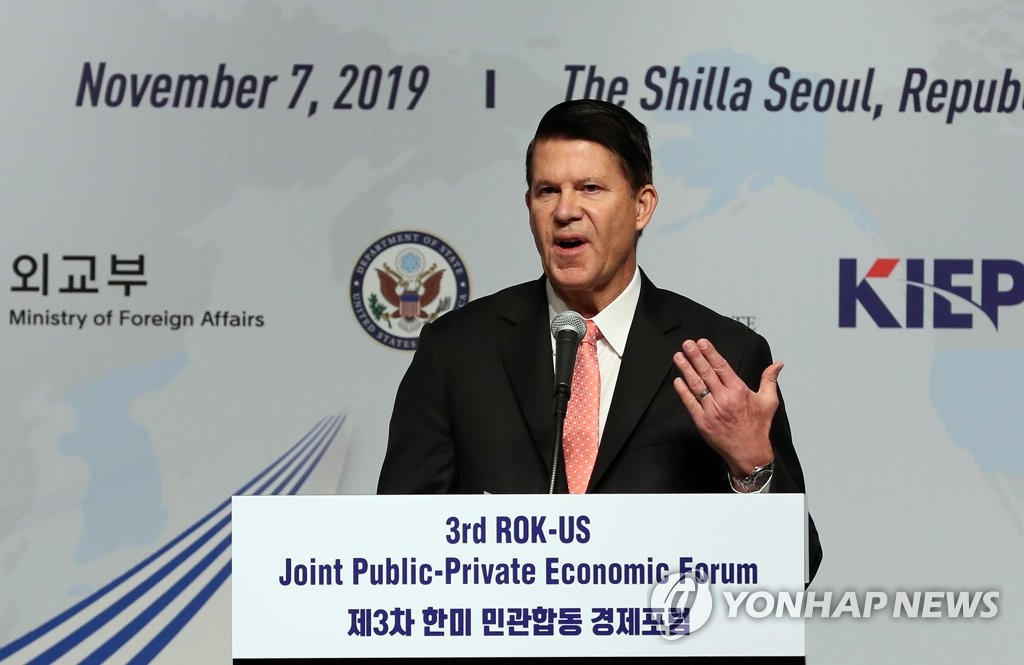