WASHINGTON, June 25 (Yonhap) -- U.S. President Donald Trump is scheduled to visit the Korean War Veterans Memorial on Thursday to mark the 70th anniversary of the start of the war.

According to the White House public schedule, the president and First Lady Melania Trump will participate in a wreath laying ceremony at the memorial on Washington's National Mall.

The U.S. fought with South Korea during the three-year conflict to fend off an invasion by North Korea, supported by China and the Soviet Union.

Past U.S. presidents have also visited the memorial to mark the anniversary of the start or end of the war. 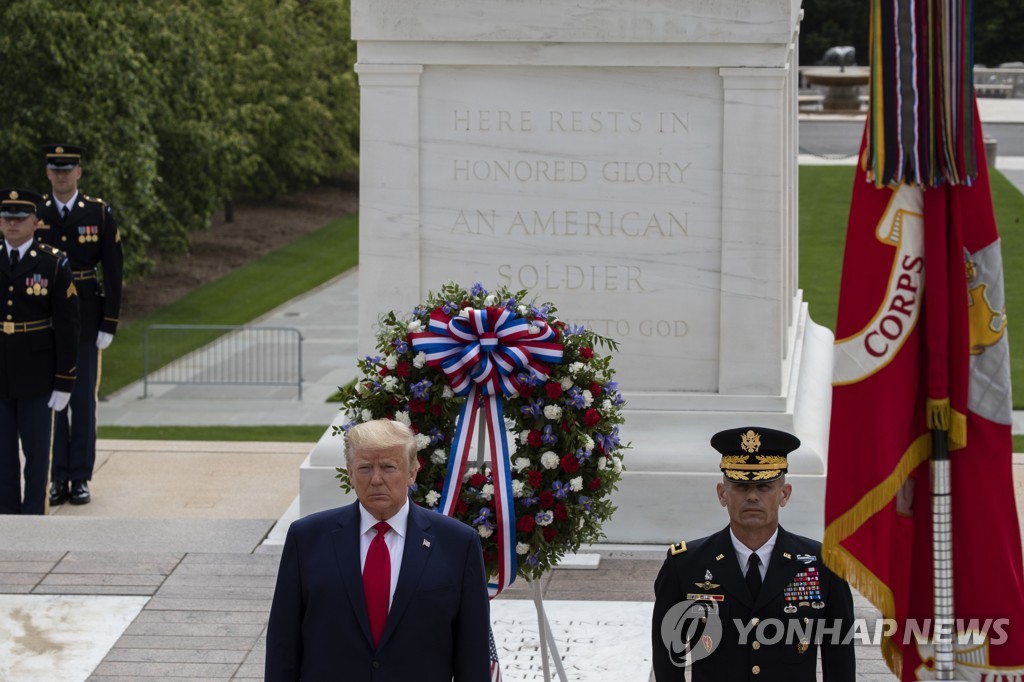