(ATTN: UPDATES with ambassador's remarks in paras 5-6)
By Lee Haye-ah

WASHINGTON, June 25 (Yonhap) -- U.S. President Donald Trump paid his respects at the Korean War Veterans Memorial on Thursday, the 70th anniversary of the start of the war.

Trump and first lady Melania Trump placed a wreath and offered a silent prayer in front of a monument depicting the soldiers who fought in the three-year conflict.

He then saluted as a trumpeter played taps and turned to greet the attendees, including 14 American veterans who lined the side of the monument. 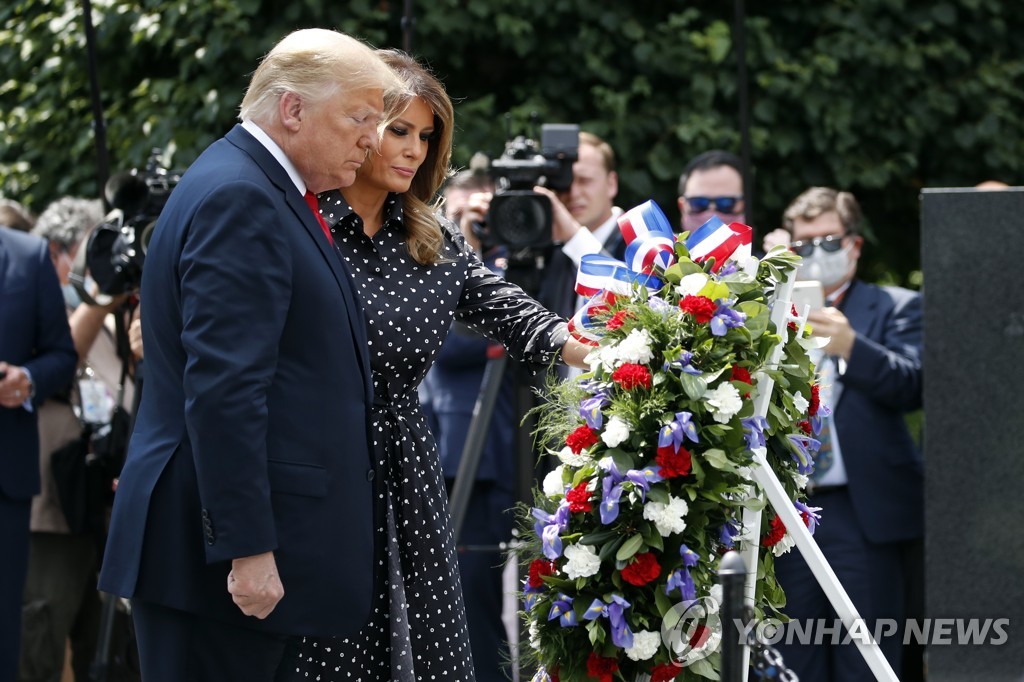 The White House said in a statement that Trump and the first lady attended the ceremony "to commemorate the 70th anniversary of the outbreak of the Korean War and remember the brave American soldiers who selflessly sacrificed their lives in the fight for peace."

South Korean Ambassador to the U.S. Lee Soo-hyuck was in attendance and told reporters that Trump expressed "interest and concern" for current developments on the Korean Peninsula.

Trump also asked about President Moon Jae-in and responded to Lee's request that he continue to work for peace on the peninsula by answering that he has been and will continue to do so, according to the ambassador.

Past U.S. presidents have also visited the memorial on Washington's National Mall to mark the anniversary of the start or end of the war.

Trump did not give a speech and left the site after a 20-minute visit, which included a brief guided tour of the monument and other structures comprising the memorial.

Among the officials in attendance were Interior Secretary David Bernhardt and Veterans Affairs Secretary Robert Wilkie. 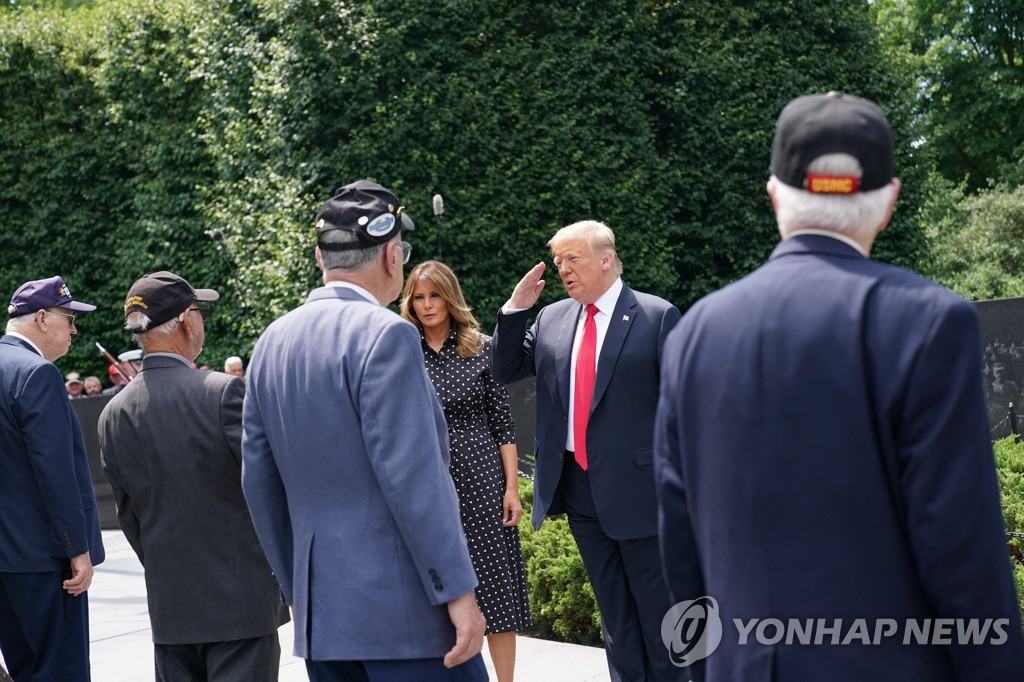