SEOUL, June 26 (Yonhap) -- Police officers were dispatched Friday to search the house and office of a former North Korean defector who has been at the center of the anti-Pyongyang leafleting campaign in South Korea, denounced vehemently by North Korea.

A probe team of the Seoul Metropolitan Police Agency sent officers to search the home and office in Seoul of Park Sang-hak, who heads Fighters for a Free North Korea, an activist group that has been leading the campaign to send anti-North Korean propaganda leaflets across the border.

The police officers were, however, not let into Park's house in Songpa Ward, eastern Seoul, and were on standby in front of the house as Park strongly resisted the police's search order.

"The search is part of efforts to seize materials so that we can verify if Park's activities are in breach of the law," a police officer said.

"As soon as he comes out of his house, we will carry out the search and seizure of (potential evidence)," the officer said. 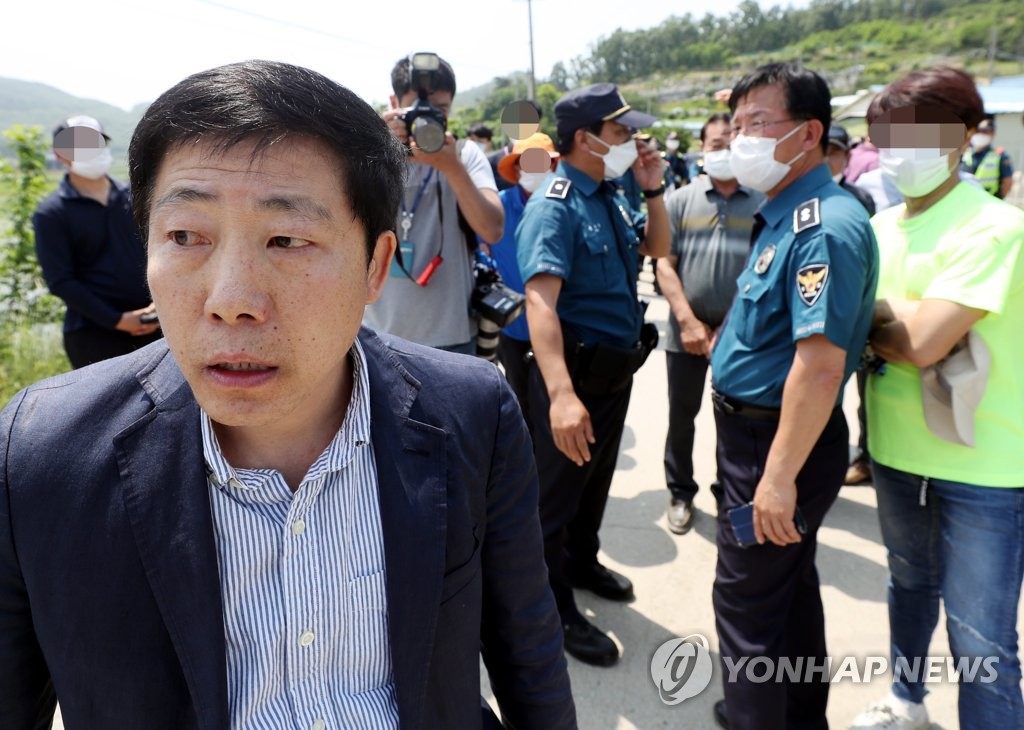