SEOUL, June 26 (Yonhap) -- Police on Friday searched the car and mobile phone of a former North Korean defector who has been at the center of the anti-Pyongyang leafleting campaign, which the South Korean government views as a breach of law and the North vehemently denounces.

Investigators at the Seoul Metropolitan Police Agency met with Park Sang-hak, the head of Fighters for a Free North Korea, in Seoul earlier in the day and looked into his vehicle and mobile phone in search of potential evidence, according to the police.

The police were also trying to search the offices of Park's organization in Seoul's Songpa Ward, as well as Kuensaem, another anti-North Korea activist group run by Park's younger brother.

The dispatched police officers were, however, not let into the offices and were on standby in front of them, as the brothers strongly resisted the police's search order. 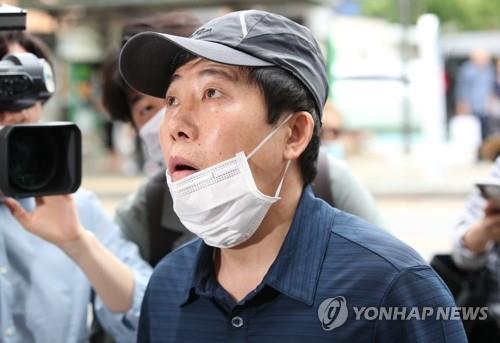