SEOUL, June 26 (Yonhap) -- North Korea appears to have skipped an annual mass rally against the United States on the 70th anniversary of the Korean War this week amid a stalemate in nuclear negotiations and coronavirus concerns.

In the past, North Korea usually held mass anti-U.S. rallies at Kim Il-sung Square in Pyongyang on the June 25 anniversary of the 1950-53 Korean War, but it skipped the event in 2018 and 2019 after landmark summits between President Donald Trump and North Korean leader Kim Jong-un in Singapore and Hanoi, respectively.

On Friday, North Korean media outlets, including the official Rodong Sinmun and the Korean Central News Agency, did not report on any anti-U.S. mass rallies marking the 70th anniversary of the outbreak of the war.

On Thursday, the North released a paper by the foreign ministry's Institute for Disarmament and Peace, saying strengthening its war deterrence is the "final option."

The North appears to be toning down its anti-U.S. rhetoric to leave room for negotiations in the future by expressing discontent toward the U.S. on paper but avoiding any further provocations.

During the Korean War, which ended in a truce and not a peace treaty, the U.S. led the 21-nation Allied Forces to help South Korea repel the Chinese-backed communist troops invading from the North. 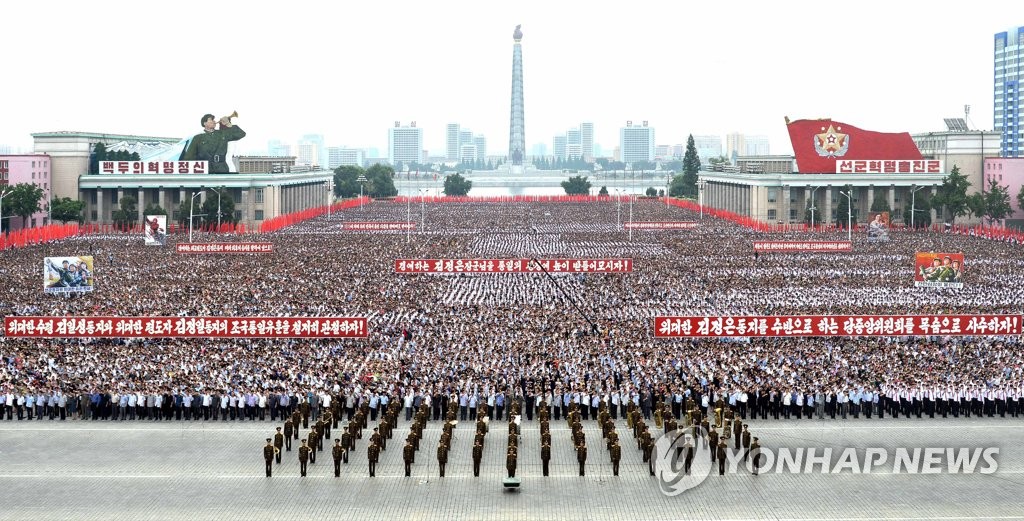