SEOUL, June 26 (Yonhap) -- When SK Wyverns' manager Youm Kyoung-youb fell unconscious in the dugout during a Korea Baseball Organization (KBO) game Thursday, it served as a solemn reminder of the stressful nature of his occupation.

Fortunately, Youm regained consciousness inside an ambulance on his way to a hospital, moments after his collapse during the first game of a double header against the Doosan Bears at SK Happy Dream Park in Incheon, 40 kilometers west of Seoul. The Wyverns later said Youm was able to carry on simple conversations with his family, but he was still feeling tightness around his chest. Youm will remain hospitalized for further tests. 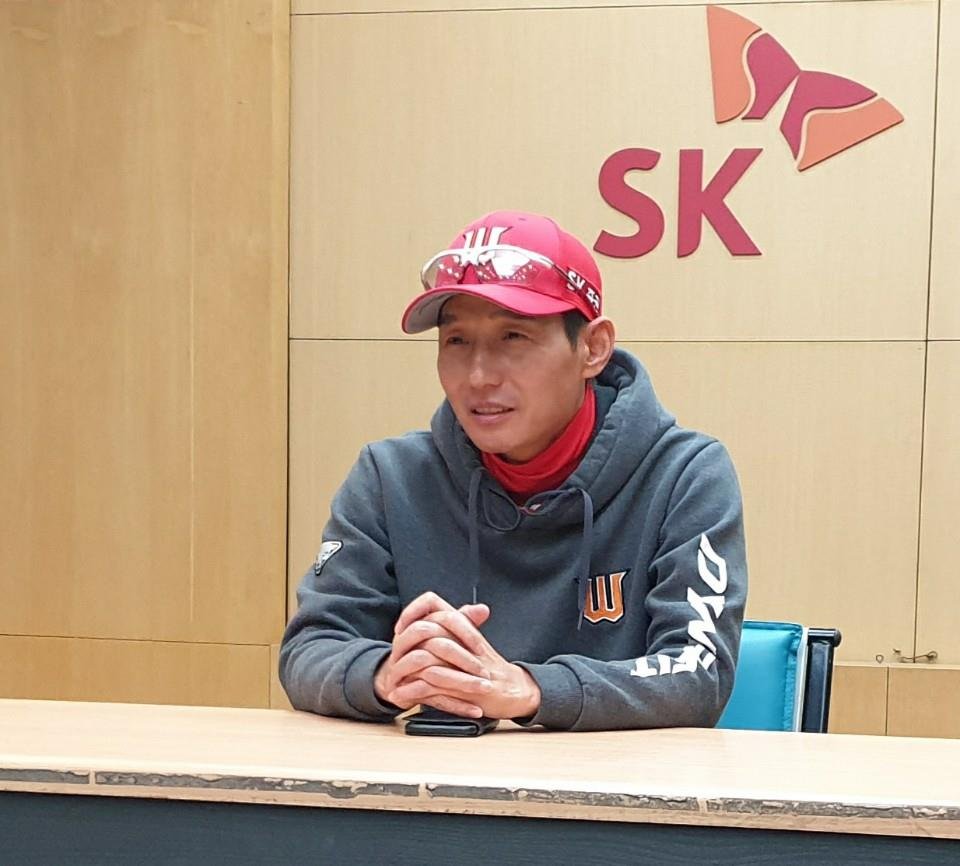 Doctors cited Youm's lack of sleep, insufficient diet and excessive stress as reasons for his poor health conditions. Youm was the first KBO manager to collapse in the middle of a game.

The 52-year-old is in his second season as the Wyverns' manager, and this has been a particularly stressful season. Considered a playoff contender for 2020, the Wyverns instead lost 10 in a row in the early going last month, and ended an eight-game slide Thursday night in the second game of the double header. They're in ninth place among 10 clubs at 13-31.

Youm is known as a sensitive soul who internalizes stress. He's listed at 65 kilograms, not much heavier than his playing weight from the 1990s, though he has looked even thinner in recent days. A notoriously light eater, the baseball rat instead pores over game clips, statistics and scouting reports. Youm doesn't drink, but he is a heavy smoker. Losses have been known to keep him up at night, and a Wyverns official said Youm had slept only about two hours the night before his collapse.

The stress to win often gets exacerbated by pressure from fans who take to online message boards or comment sections for news articles to vent their frustration. Keyboard warriors have been calling for Youm's dismissal since the team's 10-game losing skid last month.

When Youm fell in the dugout, his Doosan counterpart, Kim Tae-hyoung, came over from the other side of the field with a worried look on his face. 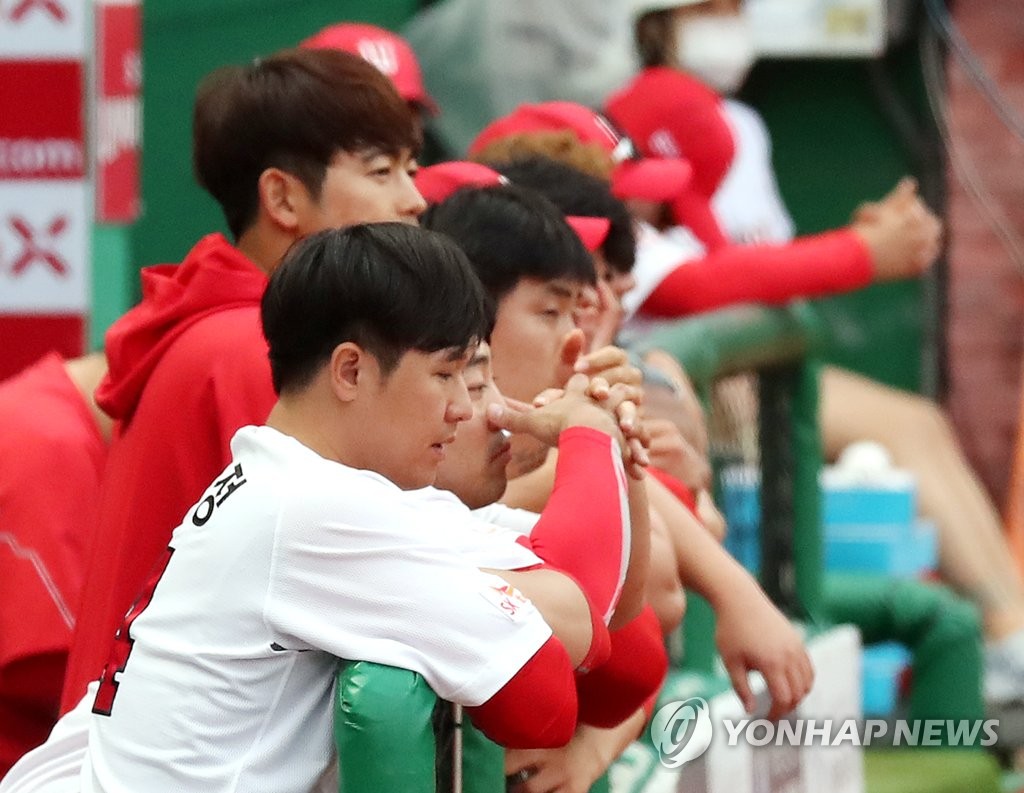 Kim, too, had a health scare while managing the Bears. In August 2017, he was hospitalized for three days with acute stomach pains. He was diagnosed with colonic diverticulitis, or inflammation of pouches that developed in the wall of his large intestine.

Earlier in the same year, then NC Dinos' manager Kim Kyung-moon was diagnosed with a benign tumor in his pituitary gland. The condition didn't require surgery, but Kim remained sidelined for five days.

In the 2016 season, Kim Sung-keun, then managing the Hanwha Eagles at age 73, was sent to hospital during a game because of dizziness.

One of Kim's predecessors on the Eagles' bench, Kim In-sik, suffered a stroke in December 2004, one month after being named the Eagles' new skipper. Kim In-sik, now 73, still walks with a visible limp.

Lotte Giants' manager Kim Myung-seong died of a heart attack in the middle of the 2001 season, the first and only in-season managerial fatality in KBO history.

In Youm's absence, the Wyverns lost the first game 14-6 but won the next one 7-0. Bench coach Park Kyung-oan will serve as the interim boss while Youm remains in hospital.

"Manager Youm had been stressed out, and as his bench coach, I feel responsible for not helping him out," Park said after the victory. "I'll try to lead the team the best I can until he returns."

Captain Choi Jeong, who homered and drove in two runs in the victory, said, "We played with a heavy heart. We really wanted to win this game." 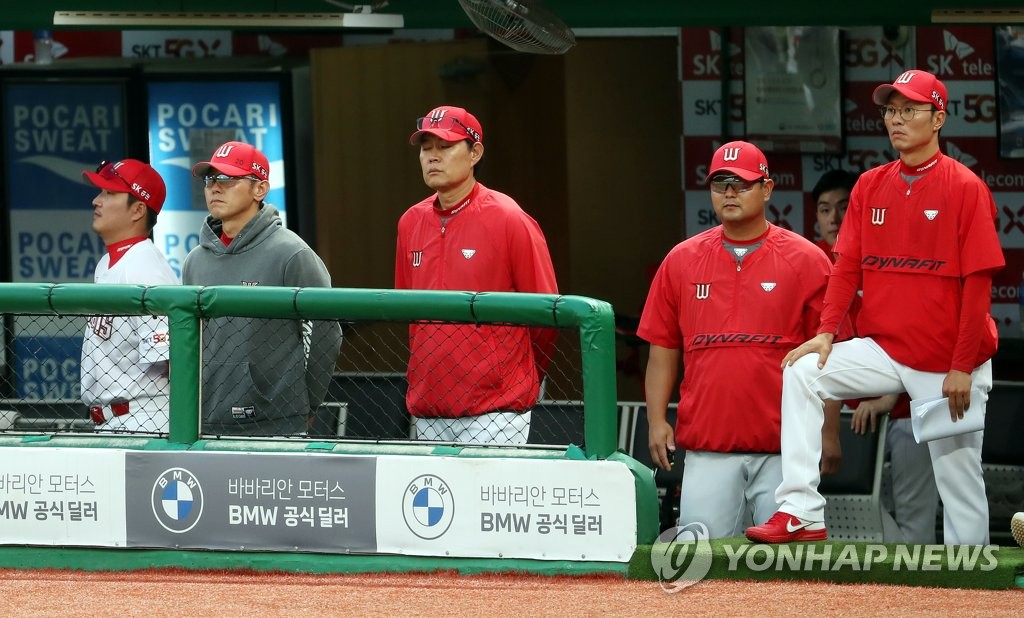