INCHEON, June 27 (Yonhap) -- The number of people seeking psychological counseling more than doubled in the past few months here, according to city officials Saturday, as the COVID-19 pandemic was seen to have had widespread mental and emotional tolls on ordinary people.

Applications for psychological counseling at the city's public health and welfare centers totaled 34,372 between Feb. 1 and Wednesday, according to the Incheon metropolitan government.

Monthly numbers have shown steady increases during the course of the pandemic. Applications, which stood at 3,816 in February, climbed to 4,585 in March and surged to 8,269 in April. Numbers for May and June (as of Wednesday) reached 9,077 and 8,625, respectively.

According to city health officials, many shared their fears of isolation and anxiousness from being forced indoors, avoiding crowded spaces and lack of social activities.

Many of those seeking help have also shared concerns of family members possibly becoming infected. Some have also shown symptoms of depression from being quarantined due to contact with COVID-19 patients.

The city has introduced various support programs for those in need of psychological help, such as providing plant kits that grow over the course of two weeks and offering coloring books to those suffering from anxiety or depression.

"Undergoing stressful emotions caused by spread of infectious disease is only natural," said an official on the city's mental health support team. The official advised those in need of help to contact local public health and welfare centers. 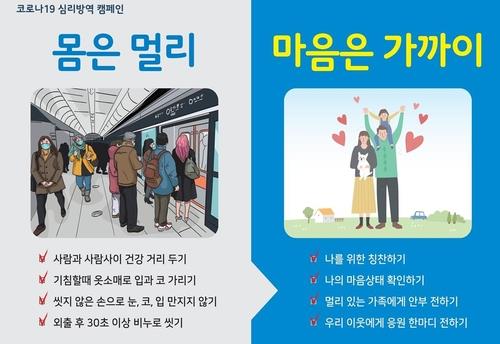