SEOUL, June 28 (Yonhap) -- South Korea's three main mobile carriers will continue to use the communications frequency bands that they control at present after current licenses expire in 2021, the Ministry of Science and ICT said Sunday.

The decision to assign frequency bandwidth of 310 megahertz (MHz) to SK Telecom, KT Corp. and LG Uplus Corp. is aimed at ensuring uninterrupted service to consumers and improving the efficiency of local carriers, the ministry said.

SK Telecom, the country's largest mobile operator, and KT, a leading telecom service provider, will get 95 MHz of bandwidth. SK currently controls the bandwidth of 105 MHz, but 10 MHz will be taken away, as it has announced plans to end 2G services in the coming months.

The ministry said the country needs to gradually shift toward 5G network services, given the high costs and technical issues.

Also, a large number of people still subscribe to 3G and LTE networks, it added. 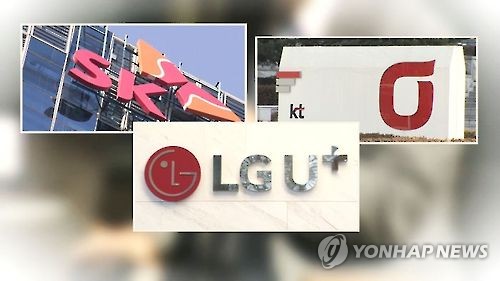