The previous night, Moon attended the Seoul Air Base ceremony to mark the 70th anniversary of the outbreak of the war and stressed, "Our military has strength to ward off any threat."

He added, "It has a thorough readiness posture and will never allow even a handspan of our territory on land, sea or air to be violated again."

Media here construed his warning as directed at North Korea, as he reaffirmed his determination to prevent a recurrence of armed conflict on the divided peninsula.

"If anyone threatens our people's safety and lives, we will firmly respond. Our national defense capabilities are strong enough to repel any provocation from any direction," Moon said at that time.

That was an expression meaning a "comprehensive security concept," not North Korea specifically, the official said at a press briefing on the customary condition of anonymity. 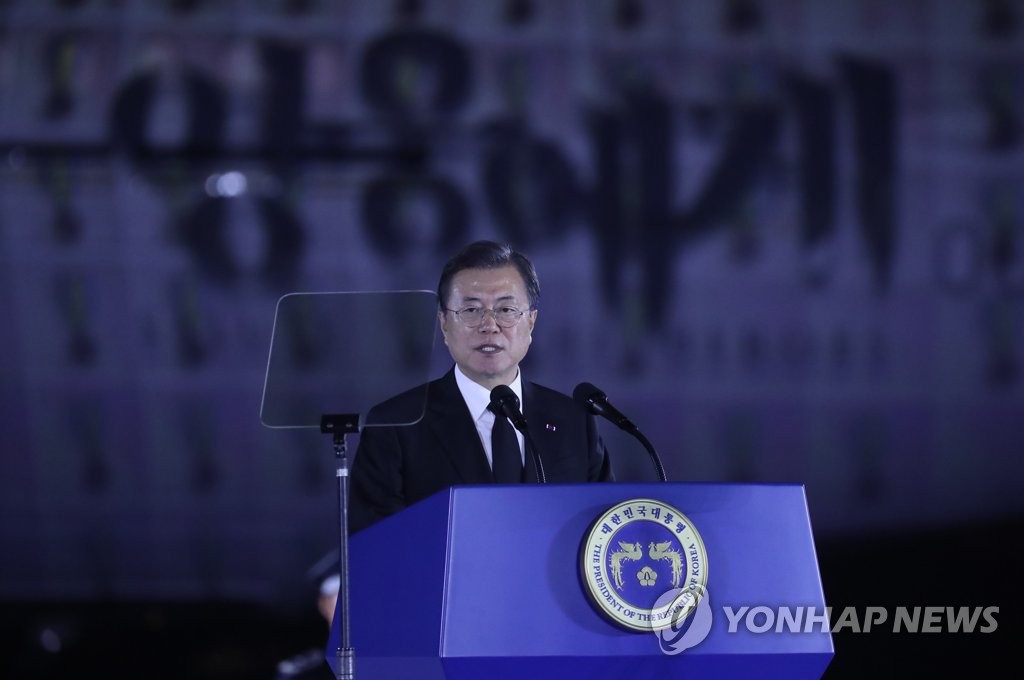 The president was quoted as telling them that today's national security should cover not only military threats but also infectious diseases, terrorist attacks and all other threats to the security of the people, which he described as "comprehensive security threats."