SEOUL, June 26 (Yonhap) -- Veteran slugger Choi Hyoung-woo launched a go-ahead grand slam and fell a triple shy of the cycle, as the Kia Tigers defeated the Kiwoom Heroes 8-6 in the Korea Baseball Organization (KBO) on Friday.

Playing for the first time since Tuesday following rainouts, the visiting Tigers pounded out 12 hits at Gocheok Sky Dome in Seoul, and ended the Heroes' winning streak at eight games. 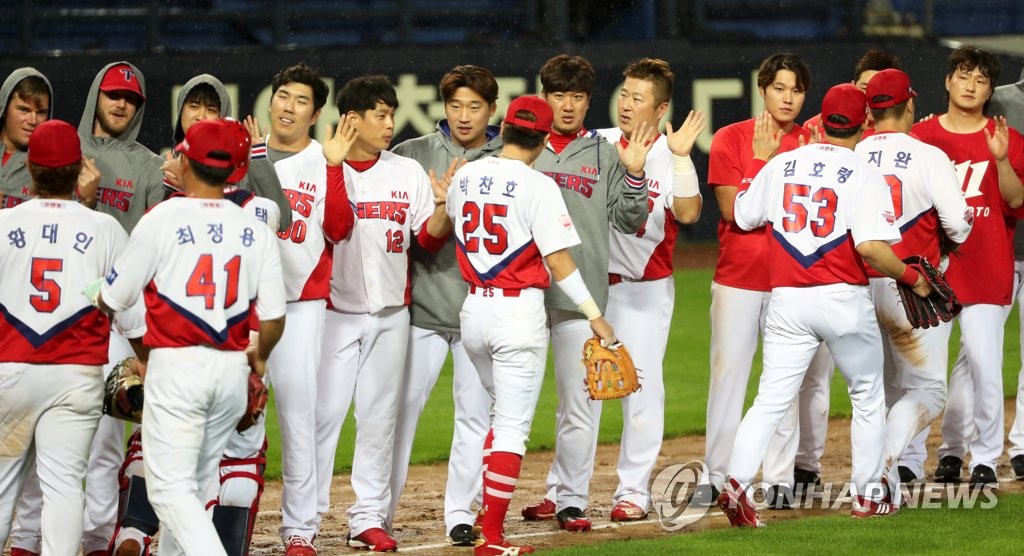 The Heroes opened the scoring in the bottom first, with Huh Jung-heop drawing a bases-loaded walk against Kia starter Drew Gagnon.

After two quick outs, Gagnon gave up back-to-back singles to put runners at the corners. The right-hander walked Park Dong-won to load the bases, and then issued another free pass to Huh to push in a run.

The Heroes added another in the bottom second, again with two outs. Gagnon needed just four pitches to retire the first two batters of that inning, and then Seo Geon-chang hit a triple off the top of the right field wall.

Kim Ha-seong brought him home with a sharp single up the middle for a 2-0 Heroes lead.

But that lead disappeared in a hurry in the top third, with the Tigers going deep twice.

First, it was Na Ju-hwan leading off with a solo home run, the Tigers' first hit off Kiwoom starter Cho Young-gun.

Cho then went on to walk three batters to load the bases with two outs for cleanup Choi Hyoung-woo, who drilled a 2-2 fastball over the center field wall for a grand slam that put the Tigers ahead 5-2.

Na Ju-hwan added his second RBI of the game with a ringing double in the fourth, giving the Tigers a 6-2 advantage and chasing Cho from the game in the process. 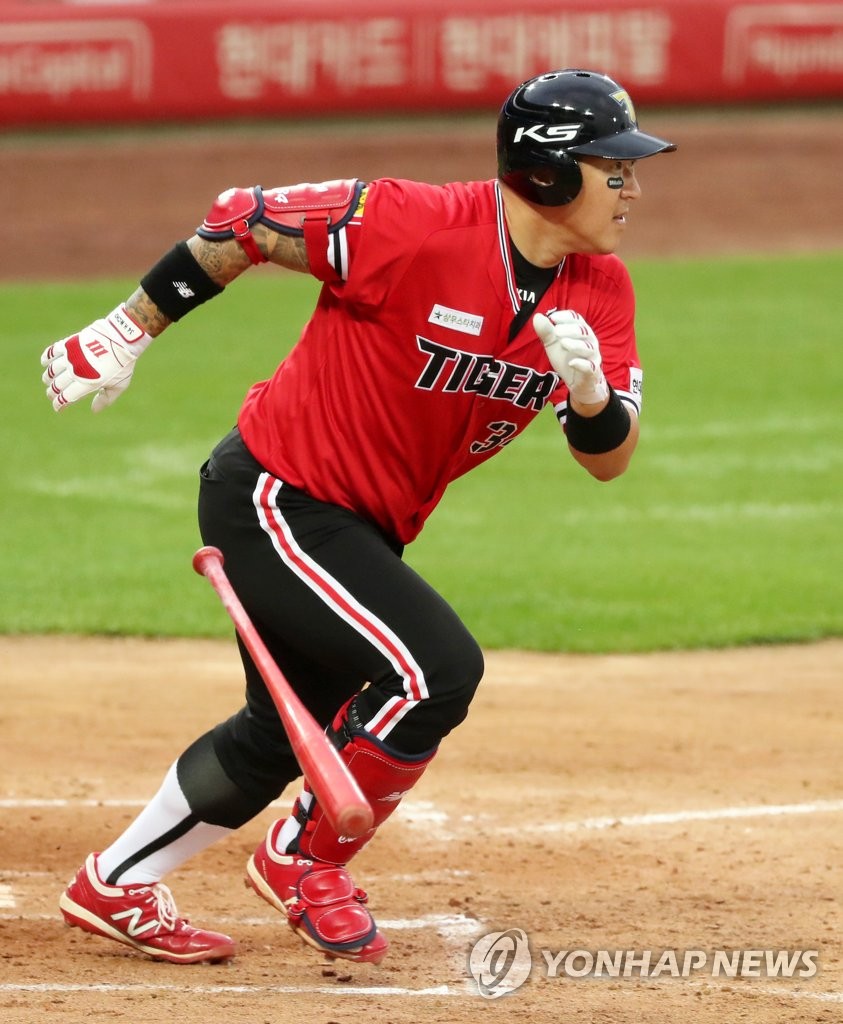 The Heroes got a run back thanks to a pair of Kia errors in the sixth. Park Jun-tae reached on a fielding error by first baseman Yoo Min-sang. Park moved to third on Seo Geon-chang's double, and when center fielder Kim Ho-ryung overthrew the cutoff man, Park alertly slid home to make it 6-3.

But the Tigers dashed any hope of a comeback in the top seventh. With two outs, Na Ji-wan and Yoo Min-sang delivered back-to-back RBI singles for an 8-3 advantage.

The Heroes made things a bit interesting with one out in the bottom ninth against closer Moon Kyeong-chan, as Huh Jung-heop launched a two-run blast and Kim Hye-seong immediately followed with a solo homer to cut it to 8-6. Moon settled down to retire the next two batters and preserve the victory.

Gagnon celebrated his 30th birthday by earning his fourth win of the season, after holding the Heroes to three runs -- one unearned -- in 5 1/3 innings.

Choi Hyoung-woo and Na Ju-hwan combined to go 6-for-9 with six RBIs to pace the Tigers' offense.