SEOUL, June 26 (Yonhap) -- For the past dozen years, veteran hitter Choi Hyoung-woo has been batting in the heart of the order, be it for his former club Samsung Lions or his current team Kia Tigers.

He is now approaching with an increasing sense of responsibility.

"When I was younger, I just didn't know any better, and I just assumed I would bat cleanup if I kept hitting well," the 36-year-old Choi said Friday, after helping the Tigers to an 8-6 win over the Kiwoom Heroes in Seoul. His third-inning grand slam at Gocheok Sky Dome in Seoul erased a 2-1 deficit.

"But now, I am holding myself accountable for batting in such an important spot," Choi added. "It forces me to keep improving myself." 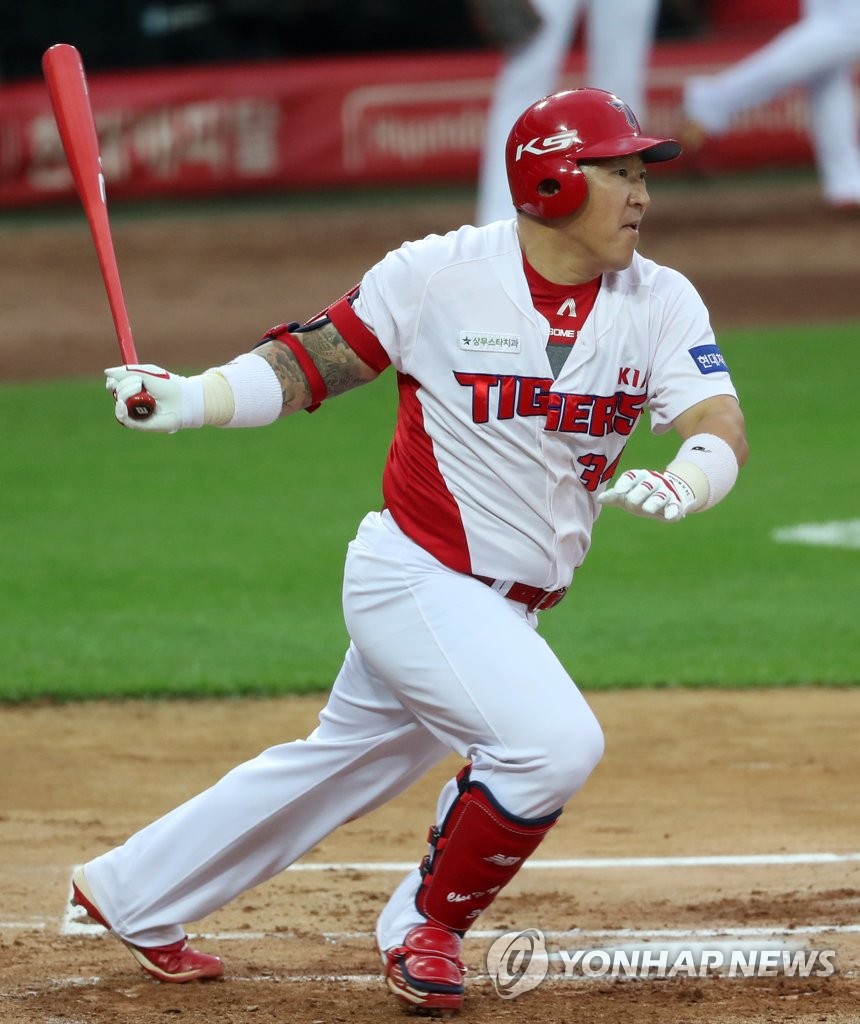 Choi has been as consistent as they come in the Korea Baseball Organization (KBO), though he finally showed some signs of slowing down in 2019.

He was on a streak of five seasons with at least 20 home runs and 100 RBIs, and then settled for 17 homers and 86 RBIs last year.

"I was trying to keep it simple at the plate," Choi said of his home run. "I knew I've been swinging the bat fairly well of late. And luckily, I got a pitch in the middle of the zone."

The long-time left fielder has been serving as the designated hitter more in the past couple of years, a switch that Choi said helps him more mentally than physically because, "I have less to worry about during the game."

The Tigers moved up to fourth place with Friday's win. They weren't considered among the playoff contenders before the season, and Choi said he himself is pleasantly surprised that his team is this high up in the standings.

As the sage veteran with five championship rings, Choi had this message for his teammates.

"Over the course of a season, we'll have our ups and downs," Choi said. "I've been telling the guys that we can't get caught up in emotions on a daily basis. It's a marathon and we have to take it slowly."