WASHINGTON, June 26 (Yonhap) -- The South Korean Embassy in Washington on Friday installed a banner thanking the United States as both sides marked the 70th anniversary of the start of the Korean War.

The banner is displayed on the front of the embassy building, with the words "remembrance," "solidarity," "peace," and "Thanks to the U.S.A!" printed below both countries' flags.

On the anniversary, which fell on Thursday, U.S. President Donald Trump and first lady Melania Trump visited the Korean War Veterans Memorial in Washington and placed a wreath in honor of the fallen.

The U.S. fought with South Korea under the United Nations flag against a North Korean invasion backed by China and the Soviet Union.

The three-year conflict ended in an armistice, not a peace treaty, leaving the sides technically still at war.

The banner was also installed on the buildings of the South Korean consulate general and cultural center, as well as the Old Korean Legation, all in Washington. 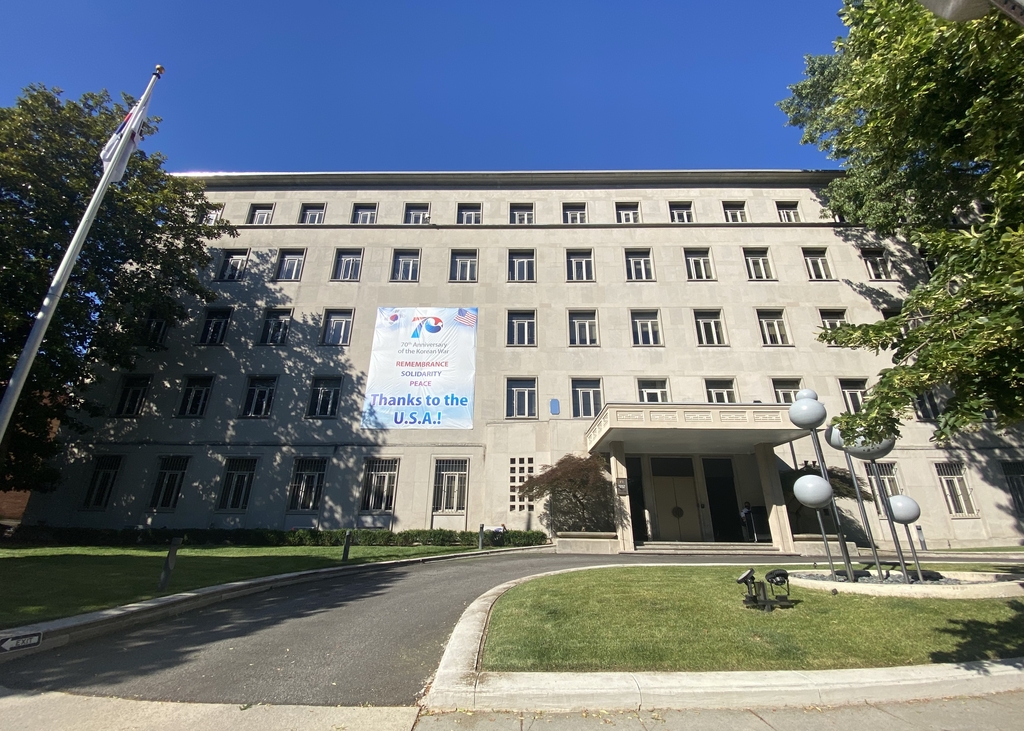