SEOUL, June 27 (Yonhap) -- South Korea plans to mass-produce a newly developed wheeled air defense cannon system for use by its military starting next year in a project to replace the aging Vulcan in operation, the nation's arms agency said Saturday.

It would be a substitute for the Vulcan Air Defense System (VADS) that has been used by the country's Army, Air Force and Marine Corps for a long time. 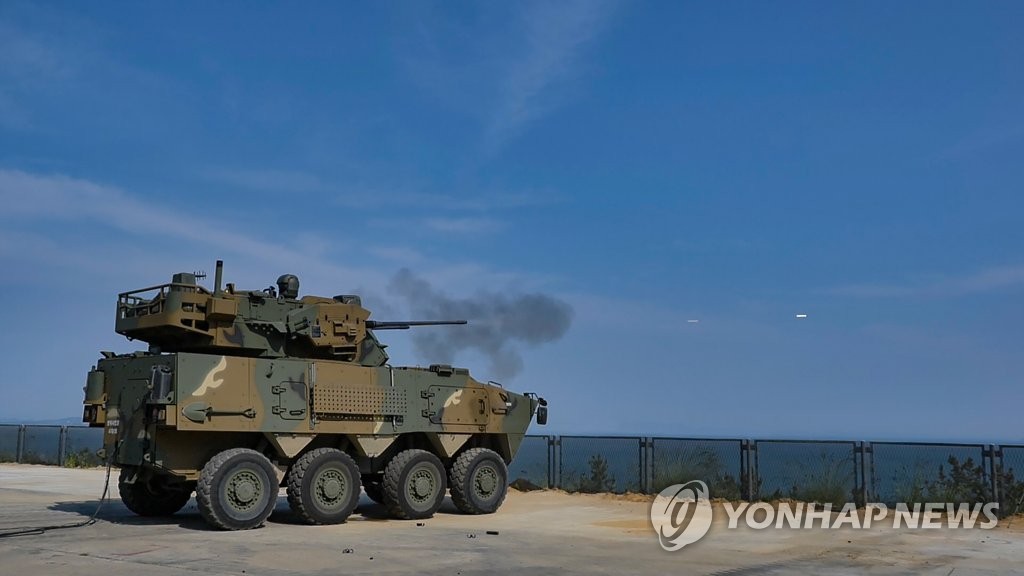 AAGW has a firing range of 3 kilometers, 1.6 times longer than the Vulcan. It requires 18 personnel for company-level operation, versus 48 for the VADS.

It's equipped with an Electro Optical Targeting System (EOTS) developed by Hanwha Systems Co., one of around 200 firms, mostly South Korean ones, that have formed a team for the development program.

AAGW is expected to help enhance the military's low altitude air defense capability against low-flying aircraft and drones, according to DAPA.

"Besides, it will contribute to fostering the defense industry and creating jobs at an economically difficult time (for South Korea)," a DAPA official said.

The agency inked a separate contract, worth 70 billion won, with Indra, a radar maker based in Spain, to purchase the Airport Surveillance Radar (ASR) system for use at air bases.