ANSAN, South Korea, June 27 (Yonhap) -- The number of people infected with a strain of E. coli bacteria rose to 57 south of Seoul, while the source of the bacteria is still unknown, health authorities said Saturday.

Health authorities have widened a probe into the E. coli outbreak in the city of Ansan, about 50 kilometers south of the capital, since a kindergarten student in the city showed symptoms of illness on June 12.

The outbreak centered on the kindergarten in Ansan as health authorities collected samples from all 202 students and teachers for clinical analysis.

As of Saturday noon, 111 of them showed symptoms of hemolytic uremic syndrome, a type of E. coli that can cause kidney failure.

The number of patients has been increasing since four children complained of stomachache on June 16.

A total of 22 people, including 22 kindergarten students, have been hospitalized after experiencing stomachache and diarrhea.

Health authorities have conducted epidemiological research, suspecting the mass food poisoning may have been caused by lunch provided by the kindergarten.

The kindergarten has been ordered to close until the end of this month.

They also fined the kindergarten for failing to preserve some food ingredients offered to students in case of a food poisoning outbreak. 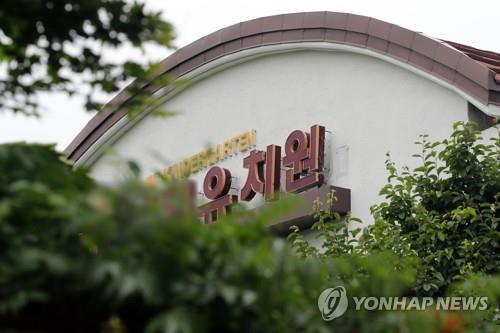