SEOUL, June 28 (Yonhap) -- South Korean professional sports leagues on Sunday welcomed the government decision to reopen stadiums to fans, albeit on a limited basis, and vowed to ensure safe experience for their fans.

Baseball, football and golf have been in action since May during the coronavirus pandemic, but fans haven't been able to attend any of the games or tournaments so far. Then on Sunday, the government said doors will swing open for sports fans as early as this week, provided that the leagues will take strict infection preventive steps. 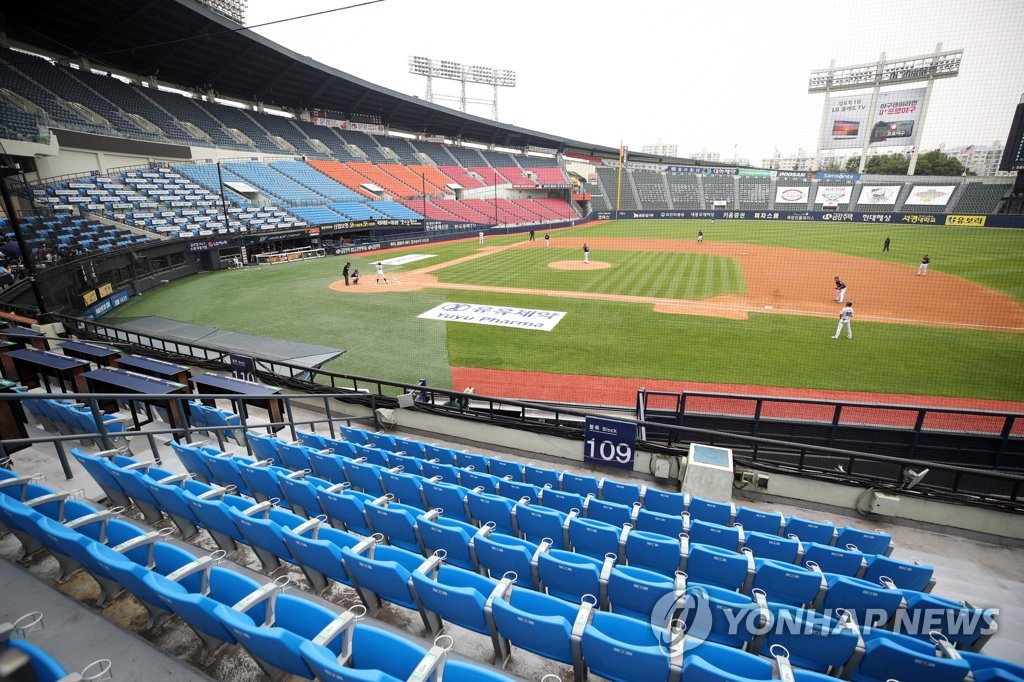 League and team officials in the Korea Baseball Organization (KBO) said they are confident that they'll be able to keep their spectators safe at stadiums. Their season began on May 5 without fans, and teams have been struggling financially without any gate revenue.

Ryu Dae-hwan, KBO's secretary general, thanked health and medical workers for their hard work that has made it possible to play ball games in front of fans.

"We haven't yet established specific guidelines, and we have to monitor the situation with the virus, but we expect to have fans back in the stands by Friday at the earliest," Ryu said. "We'll make the health and safety of our fans the No. 1 priority."

KBO clubs play a pair of three-game series each week, from Tuesday to Thursday and then from Friday to Sunday.

Three clubs, SK Wyverns, LG Twins and NC Dinos, said Sunday they've already made preparations for the return of fans, in terms of how tickets will be purchased online, how fans should enter the ballparks while maintaining distance, and how they'll be spread out once they're in the stands.

LG manager Ryu Joong-il said he welcomed the government's move and added, "I hope baseball can lift people's spirits during this difficult time." 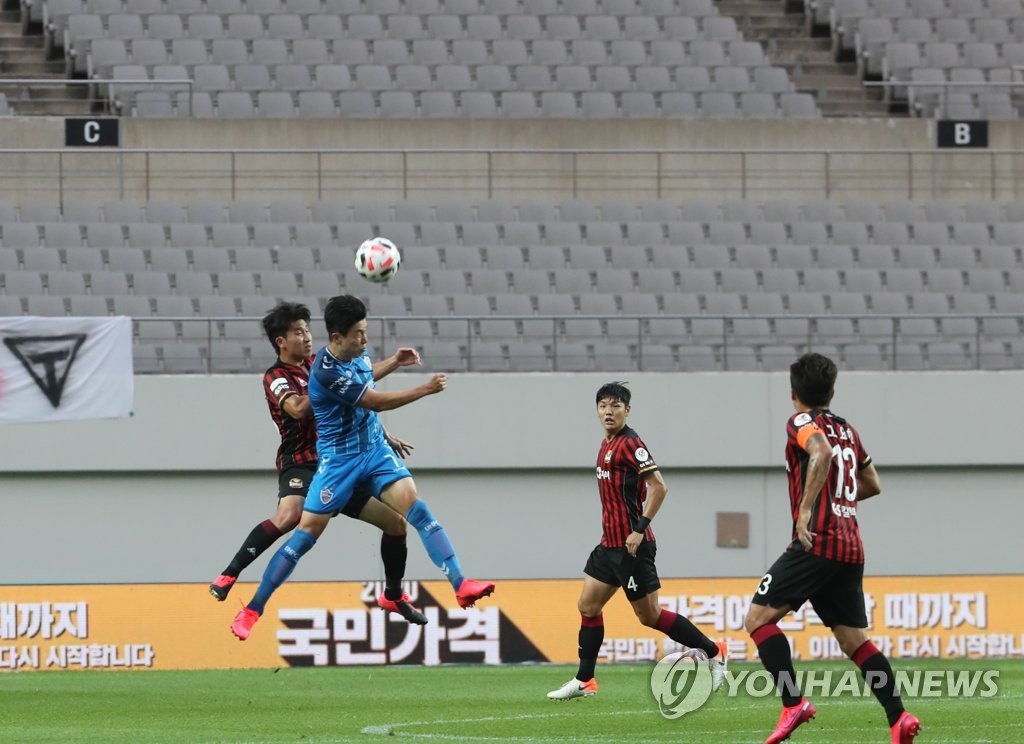 The KBO will only allow fans to book tickets using their credit card, so that health authorities can trace contacts in case of COVID-19 cases.

In football's K League, officials for the top two clubs, Jeonbuk Hyundai Motors and Ulsan Hyundai FC, said they're ready to put on memorable shows for their fans. K League teams have been playing since May 8.

Unlike baseball, some K League clubs have already played before fans during the early stage of the coronavirus outbreak. In February, Jeonbuk, Ulsan, FC Seoul and Suwon Samsung Bluewings each had a home match during the group stage of the Asian Football Confederation (AFC) Champions League. Fans were allowed back then, and they were required to fill out health questionnaires and go through temperature checks at the entrance. They also had to keep their masks on during the match.

"We have that experience from our AFC match where we operated our quarantine system," an official with Ulsan said. "We'll improve on that system and create a safe environment for our fans."

The KBO is hoping to make about 30 percent of the seats available in the beginning, and then increase it to up to 50 percent in the coming weeks.

The K League is looking at 30 to 40 percent of the capacity at first before a gradual rise.

Suwon Samsung Bluewings, based in the 43,959-seat Suwon World Cup Stadium, plan to open only 18,000 seats, or slightly over 40 percent, and keep all concession stands closed so that fans won't congregate in the stadium concourse. 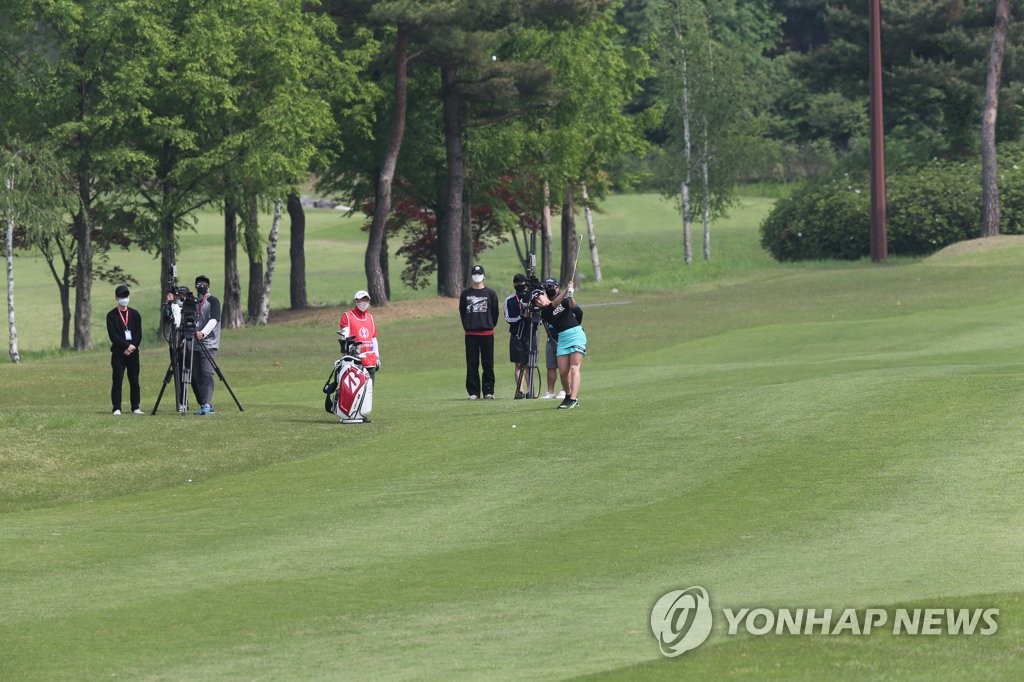 The Korea Ladies Professional Golf Association (KLPGA) Tour, which resumed its season on May 14 after a five-month pause, said the safety and health of players, fans and tour officials will remain its top priority, and that it will discuss gradual reopening with its corporate sponsors.

With baseball and football, league offices will likely ban cheering in order to prevent infections through droplets or contact.

Empty seats and baseball and football stadiums have so far been filled with cardboard cutouts of fans, dolls and banners.

South Korea reported 62 new cases of COVID-19 on Sunday, up from 51 the previous day. The latest total includes 40 local infections.