SEOUL, June 29 (Yonhap) -- South Korea lags far behind advanced countries in terms of the amount of government support for the airline industry during the coronavirus pandemic, a business lobby group said Monday.

The government plans to extend a total of 3.2 trillion won (US$2.7 billion) to South Korean airlines -- 2.9 trillion won to full-service carriers and 300 billion won to low-cost carriers -- to help them ride out the COVID-19 impact. 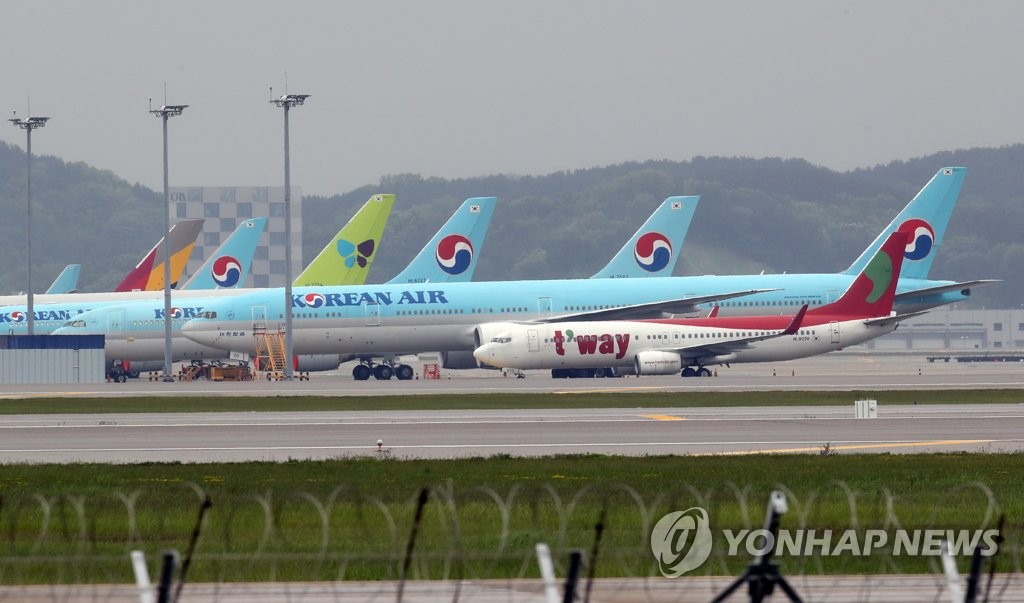 The FKI urged the government to expand financial support programs for domestic airlines which have most of their flights on international routes.

"The government needs to inject cash into airlines and invest in their bonds during the virus crisis and continue to help the airline industry regain its competitiveness after the crisis, as it is a backbone of the Korean economy," the statement said.

The global airline industry recovered quickly from the impact of the 9/11 terror attacks in the U.S. in 2001, the severe acute respiratory syndrome (SARS) outbreak in 2002 and the financial crisis in 2008.

This time, however, it will take longer for the airline industry to recover from the impact of the COVID-19 pandemic, according to global aviation associations.

The International Civil Aviation Organization (ICAO) forecast in May global passenger travel demand will plunge by up to 71 percent this year compared with a year earlier. The International Air Transport Association (IATA) also projected the global airline industry will suffer a combined net loss of $84.3 billion this year.

S. Korea lags behind in gov't support for virus-hit airlines

S. Korea lags behind in gov't support for virus-hit airlines