SEOUL, June 29 (Yonhap) -- When the dust settled after the weekend, there were no changes at the top and the bottom of the table in South Korean football.

Jeonbuk Hyundai Motors blanked Ulsan Hyundai FC 2-0 on Sunday in a battle of the two best clubs in the K League 1. Jeonbuk extended their lead over Ulsan to 24-20, while handing their rivals their first loss of the season.

At the opposite end, Incheon United suffered their seventh consecutive loss on Saturday, falling to FC Seoul 1-0. With two draws and seven losses, Incheon remain the only winless club this season. They've fallen six points behind Busan IPark in 12th and last place. 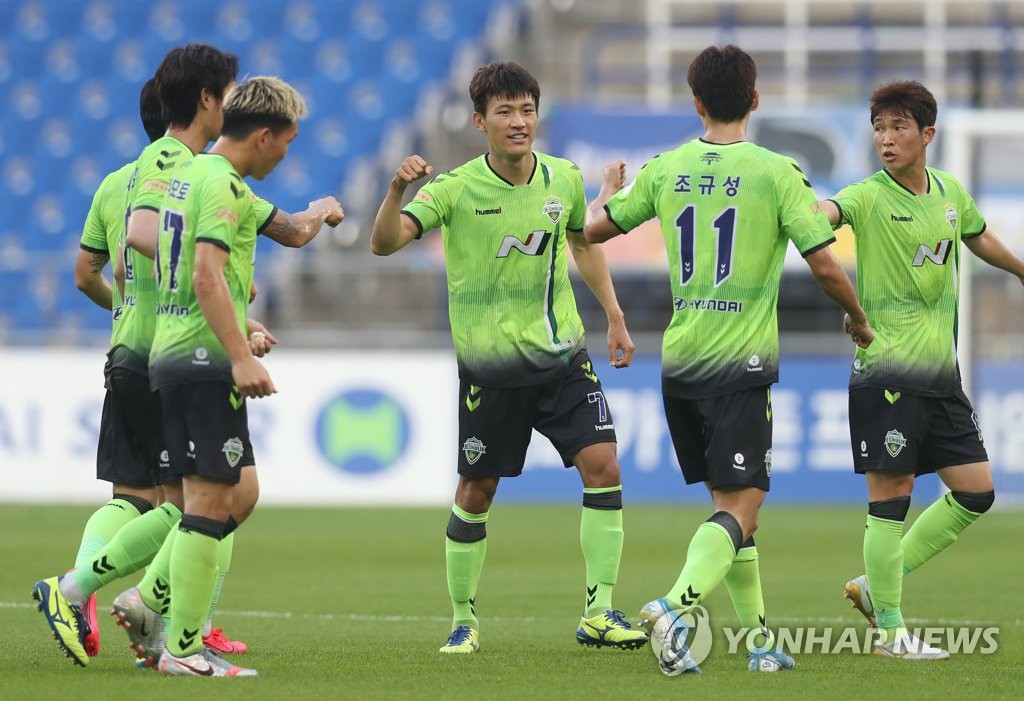 The loss also turned out to be the final one for head coach Lim Wan-sup, who resigned on Sunday. Lim became the first coaching casualty of 2020.

Jeonbuk entered Sunday's highly-anticipated showdown nursing a one-point lead over Ulsan, who, by most measures, had been the better team.

But stars didn't quite align for Ulsan in this one. About 40 minutes before the match, midfielder Shin Jin-ho, slotted into the starting lineup, was taken to hospital for sudden spells of dizziness. And 26 minutes into the contest, defender Kim Kee-hee was sent off with a direct red card for a violent tackle on Jeonbuk star Kim Bo-kyung.

Han Kyo-won scored the opener in the 44th, and Takahiro Kunimoto scored the dagger during injury time in the second half.

The winning coach Jose Morais said afterward Jeonbuk pulled out the victory thanks to their poise and patience.

"I told the players to keep their composure and not to rush," he said. "I knew it was Ulsan, not our players, that would feel the pressure. So I said we should stay calm and try to have fun. I think the guys responded well on the pitch." 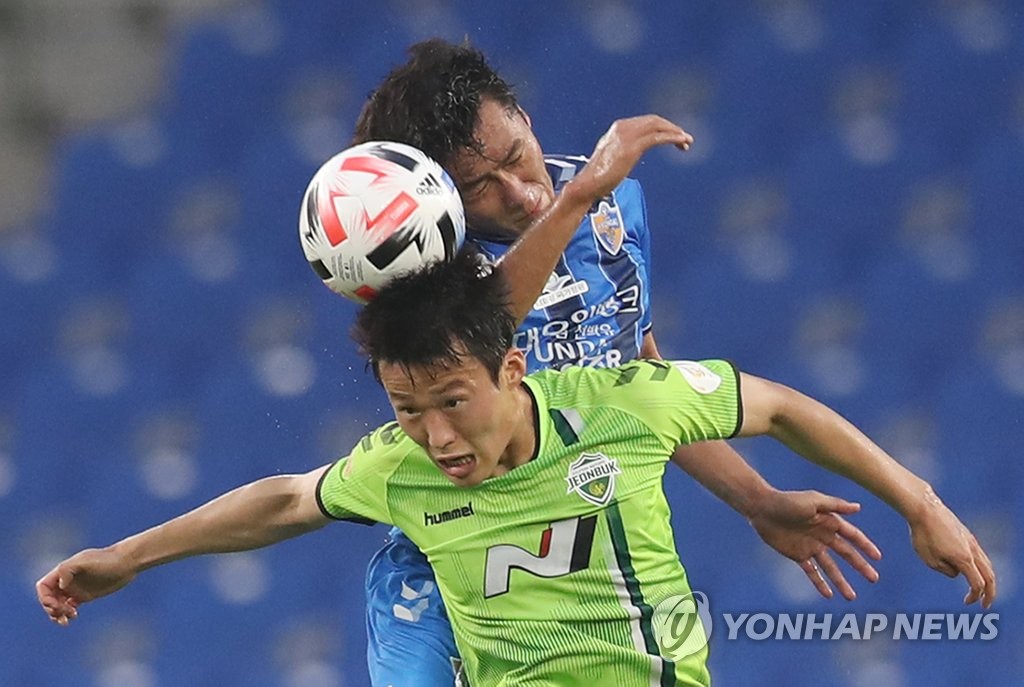 Ulsan coach Kim Do-hoon shrugged off the result as "just one loss."

"The players did the best they could, and we've only lost this one match all season," Kim said. "We just have to be better prepared the next time."

Combined with Busan IPark's draw on Saturday Suwon Samsung Bluewings' loss on Sunday, Seoul climbed from 11th to ninth on the table. But they're not out of the woods yet.

Before the win, Seoul announced that they would part ways with Serbian striker Aleksandar Pesic after his loan deal from the Saudi club Al-Ittihad expired, rather than acquiring him on a permanent deal. 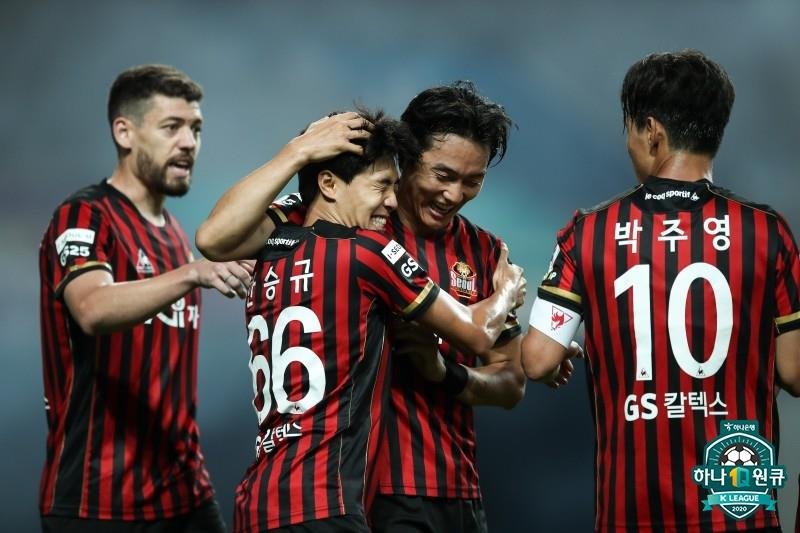 With six goals after nine matches, Seoul are very much in the market for goal scoring, and Pesic, who only had one goal in the second half of 2019 and none in 2020, wasn't providing that.

"I've been in talks with our front office, and we absolutely need a new striker," Seoul head coach Choi Yong-soo said. "We've been going through some adversity, and the players were really determined to win this one."