SEOUL, June 29 (Yonhap) -- The Army was to make a decision Monday on whether to reinstate a former noncommissioned officer forced to leave the military following sex reassignment surgery, officials said.

Byun Hee-soo, 22, filed the petition with the Army Headquarters, in February, after a military committee ruled the previous month, based on a medical examination, that the staff sergeant is unable to continue to serve.

"The petition review session will take place later in the day, and a seven-member panel is expected to make a judgment today," an Army officer said.

Byun earlier said if the petition is rejected, she will bring her case to court, according to the Military Human Rights Center. 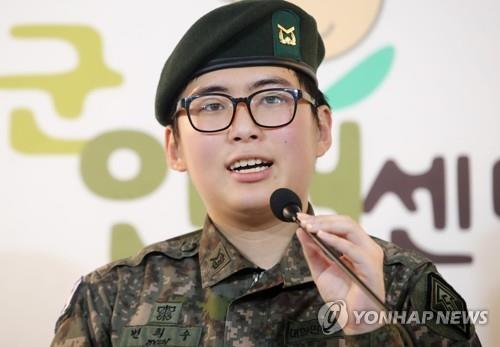 Army to decide on possible reinstatement of transgender soldier

Army to decide on possible reinstatement of transgender soldier