It is the highest box office recorded by a single flick during a weekend since the drama "The Man Standing Next" sold 2.01 million tickets from Jan. 24-26, the Lunar New Year holiday.

Thanks to the strong weekend rally, "#Alive" topped 1 million admissions on Sunday, the fifth day of its run. It became the first film to achieve the feat since the homegrown comedy "Honest Candidate" in February.

Directed by Cho Il-hyung, known as Il Cho abroad, the new film starring Yoo Ah-in and Park Shin-hye is a story about two survivors isolated in an apartment complex infected by a mysterious virus. 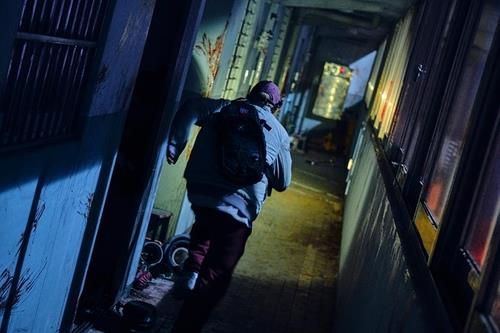 The South Korean film industry has been struggling with a sharp drop in moviegoers for months due to the COVID-19 pandemic. South Korea reported its first coronavirus case in January, and its daily infections peaked in late February.

Daily box office admissions plunged to a record low of 15,000 in April, while film distributors postponed their release schedules.

But the number of moviegoers has been on a slight rise since May on the back of relaxed social distancing and state-led promotional efforts, including discount coupons.