SEOUL, June 29 (Yonhap) -- As a rising number of new infection clusters has cropped up in churches in Seoul and its adjacent cities, health authorities are preparing more detailed guidelines to stem the virus's rapid spread at worship houses.

On Sunday, two churchgoers and one family member were confirmed to have contracted COVID-19 at a megachurch with nearly 9,000 members in Suwon, south of Seoul, according to the Korea Centers for Disease Control and Prevention (KCDC).

The church's first known patient, who had COVID-19 symptoms on June 19, attended services three times before and after that day, sounding an alarm bell for potential virus spread among 717 people who had worshiped with the person at the Central Baptist Church.

The recent infection clusters at Wangsung Church in Seoul's southwestern ward of Gwanak and at Jesus Younggwang Church in the southern city of Anyang added eight and seven more cases on Sunday, respectively, bringing the total caseloads to 27 and 18. The former has 1,700 members while the latter has some 80.

Church clusters have unsettled quarantine and health officials, as the country witnessed its single largest COVID-19 cluster from the minor religious sect of Shincheonji in Daegu, once the epicenter of the country's coronavirus outbreak.

According to KCDC, the southeastern city has reported 6,906 cases, and about 61 percent were confirmed to be Shincheonji members. The county added 42 more cases, taking the total number of cases to 12,757, on Monday.

While most churches comply with the government quarantine protocols for mask wearing and social distancing, the virus is spreading through small circles of meetings among congregants.

The known cases tied to the so-called pioneer churches in the capital area have amounted to 119. A pioneer church refers to a newly established one with lack of financial independence.

Other major outbreaks have been reported at the River of Grace Community Church in Seongnam, Gyeonggi Province with 67 cases, the Saengmeyoungsoo Church in Bucheon, Gyeonggi Province, with 50, the Manmin Central Church, a fringe religious church in the southwestern ward of Guro, with 41 cases and the Onchun Church in the southern port city of Busan with 39. There has also been a flurry of infection cells with fewer than five cases.

Experts point out that the virus is more likely to spread via airborne droplets in churches where congregants sit close to each other to sing or pray in a poorly ventilated space and have meals together, all of which are against the quarantine guidelines issued by the government.

Also, people at friendly church gatherings seemed reluctant to practice strict social distancing and wear face masks when talking to each other. In case of infections tied to Wangsung Church, the virus seemed to have spread through a choir meeting and membership training.

Authorities therefore plan to issue more detailed guidelines targeted at a small church gatherings, concluding that a targeted approach would be more effective than its previous plan to control all worship houses by including them among high-risk facilities.

"We could control religious gatherings by designating them as high-risk activities, but we are actively discussing to come up with a more targeted plan factoring in the purpose of each meeting," Health Minister Park Neung-hoo said during a briefing on Sunday, adding that the government will announce a new set of guidelines in the near future. 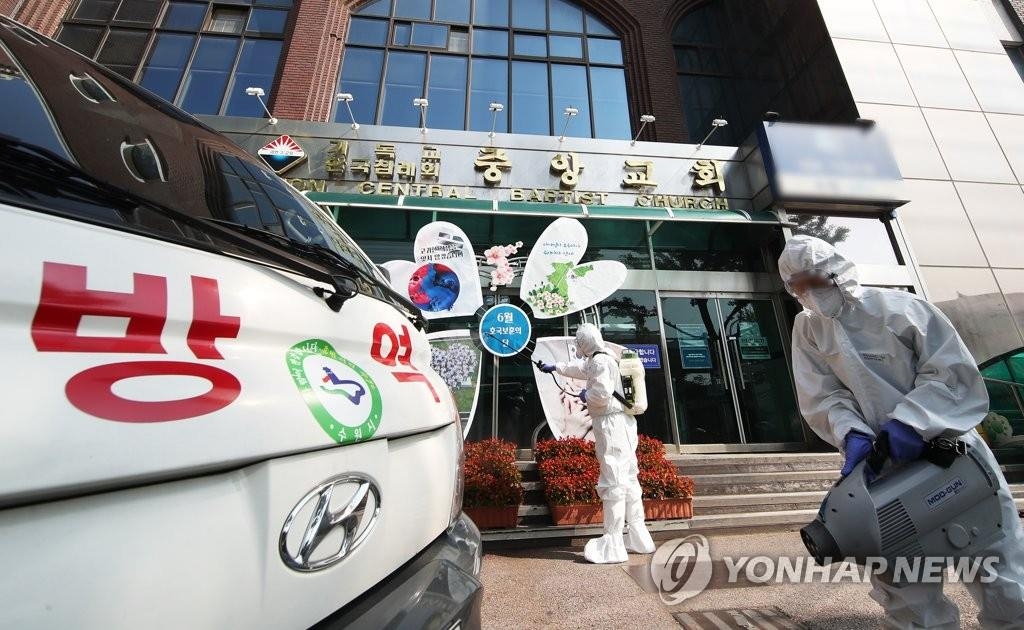