SEOUL, June 29 (Yonhap) -- This year's online edition of KCON, a major K-pop and Korean culture festival series held overseas every year, attracted 4 million viewers, far more than the combined number of visitors to the festival in the past eight years, according to its organizer Monday.

Under this year's banner theme "KCON:TACT 2020 Summer," KCON was streamed from June 20-26 through the channel M-net K-POP on YouTube and CJ's streaming platform Tving. The annual event was held online for the first time due to the COVID-19 pandemic.

According to South Korean entertainment giant CJ ENM, the weeklong event drew 4.05 million viewers from across 150 countries and regions through YouTube and Tving.

The figure is 3.5 times larger than the combined number of visitors at the in-person KCON events held in the past eight years, CJ explained.

A total of 33 artists were showcased on KCON:TACT 2020 Summer. Some of the top-billed K-pop acts included Mamamoo, ITZY, Monsta X, Oh My Girl, IZ*ONE, SF9, Stray Kids and Tomorrow X Together.

Content ranged from live performances and interviews to remote meet-and-greet events between artists and fans. The event was streamed 24 hours a day for seven days nonstop.

Fans could also watch behind-the-scenes footage of the artists getting ready, fancams of specific performers in 4K and replays of past KCON concerts.

"Knowing the standards our fans expect when it comes to an interactive concert experience, we set out to create something that would bring fans worldwide as close as possible to their favorite stars inside of a virtual space," Shin Hyung-kwan, CJ ENM's executive vice president and head of the music contents department, said.

"We'll continue to provide new ways for fans to connect with Korean music and culture via both traditional and digital festivals," Shin added.

Launched in 2012 amid the global emergence of K-pop and Korean cultural content, KCON has been at the forefront of promoting Korean pop culture overseas. KCON's cumulative visitor total has topped 1.1 million, according to CJ. 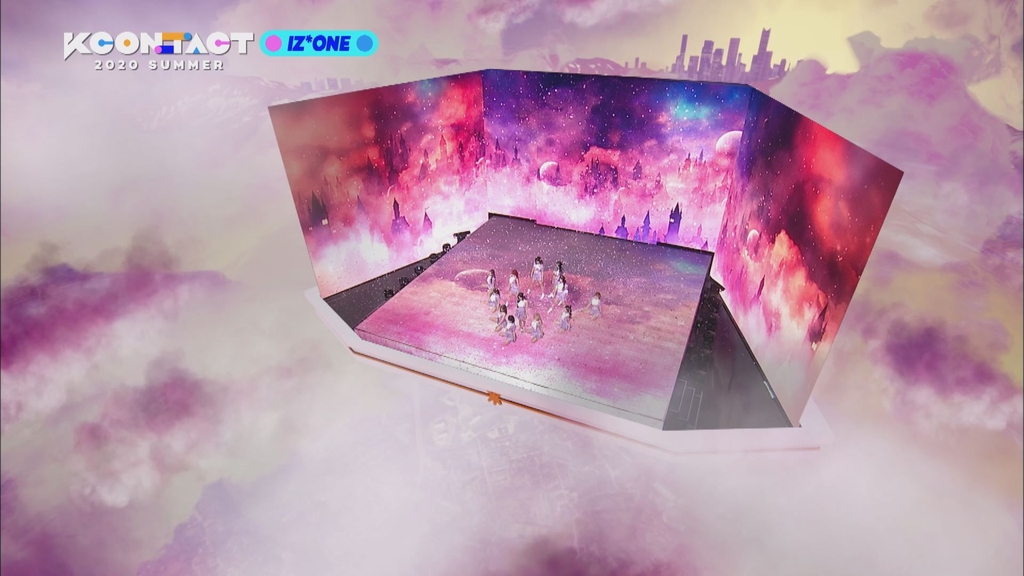