SEOUL, June 29 (Yonhap) -- Dozens of defense ministry officials have been put into self-isolation after a three-year-old boy, who attended a ministry-run day care center, tested positive for the coronavirus, officials said Monday.

The boy was confirmed to have the COVID-19 virus Sunday following the infection of a teacher at the nursery located inside the ministry compound in central Seoul, officials said.

"The child's parents tested negative," deputy spokesperson Col. Moon Hong-sik said. "As a preventive step, however, we ordered colleagues of his father to be in self-isolation for two weeks starting Monday."

As the boy's father works at the ministry's main building, officials carried out disinfection work at major facilities of the building, including the briefing room, according to the official.

The day care center was shut down on Saturday after the first patient was reported. A total of 214 kids had attended the center, and most of their parents are ministry officials or service members.

"Tests are under way for all attendees, and if necessary, their parents. We will continue to thoroughly monitor the situation and take necessary steps," Moon said.

As of Monday, the total number of infections among the military population stood at 58. Of them, 54 have completely recovered, according to the ministry.

Currently, 18 service personnel are quarantined in accordance with health authorities' guidelines. In addition, military authorities have put 989 members in isolation as a preventive step, it added. 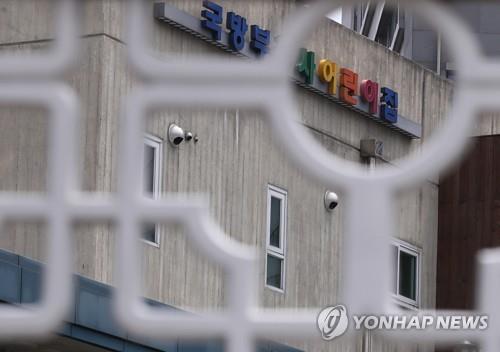