After holding a meeting presided over by Defense Minister Jeong Kyeong-doo to review this year's progress regarding the OPCON transfer, the ministry said the two countries have continued preparations to assess Seoul's capabilities to retake OPCON and to maintain a firm readiness posture despite the postponement of their combined springtime exercise.

South Korea and the U.S. usually carry out major combined exercises twice a year to guarantee and further enhance their joint readiness posture. But this year's springtime exercise was indefinitely put off due to the new coronavirus.

Despite the pandemic, the two sides have kept close communications to discuss pending issues through various channels, such as the Korea-U.S. Integrated Defense Dialogue (KIDD) and Special Permanent Military Committee (SPMC), it said.

During the meeting, the minister urged all forces to make "thorough preparations" for the OPCON transfer, stressing that the transition is key to improving the military's defense capabilities, according to the ministry.

In order to verify whether Seoul is on course to meet the conditions for the transition, South Korea and the U.S. carried out an initial operational capability (IOC) test in August last year, and they are now planned to move on to the next step of carrying out the Full Operational Capability (FOC) test.

"South Korea and the U.S. are closely coordinating to carry out the FOC assessment test during an upcoming combined exercise with various circumstances, such as COVID-19, taken into consideration," deputy ministry spokesperson Col. Moon Hong-sik said during a press briefing Monday.

The South handed over operational control of its troops to the U.S.-led U.N. command during the 1950-53 Korean War. It retook peacetime OPCON in 1994, but wartime OPCON remains in the hands of the U.S. 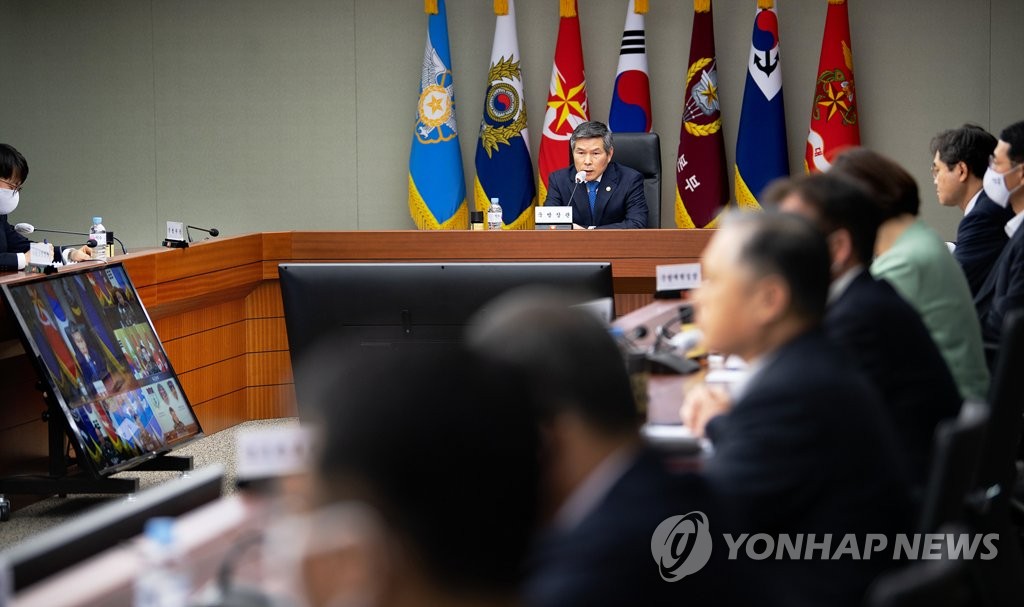