The shipbuilder has not secured any new orders in the first half of the year, with an order backlog of just seven ships to be built by the first quarter of 2021.

"The overall suspension of our shipyards will be inevitable if things remain the same," the company said in an emailed statement.

It could be difficult to secure a competitive edge against rivals unless fixed costs are reduced, the company said. 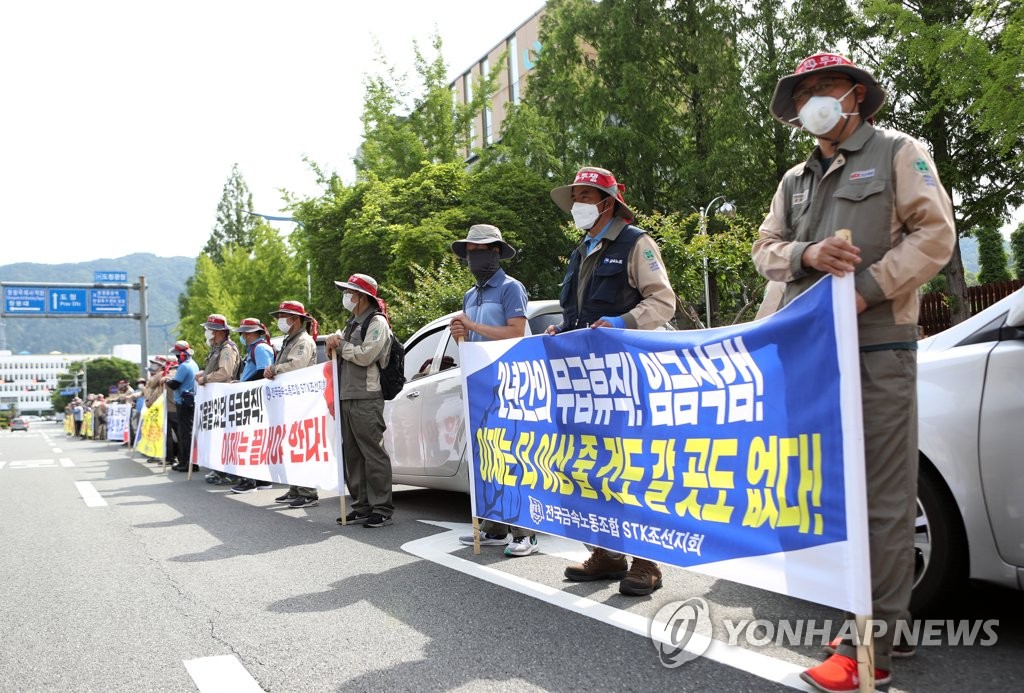 Workers of STX Offshore have laid down their tools since late May, calling for stopping six-month unpaid furloughs, which half of about 500 workers have taken in rotation since June 2018.

Due to the walkout, the shipbuilding line of the company is being halted from June 17 till July 12.