In December, the National Assembly passed a bill allowing "conscientious objectors" to do 36 months of alternative service at local correctional facilities, instead of joining the military.

Last week, a 29-member committee -- comprising lawyers, professors, activists and other experts from various fields -- was launched to review the applications.

Those who object to the committee's decision could seek an administrative judgment or file a suit, according to the Military Mandatory Administration.

The first group of people to serve the alternative duty will be drafted in October.

"As the alternative military service program is of keen public interest, we will guarantee the independence of the committee's review and decision, and make sure the new system can take root as soon as possible through a strict and fair screening," Mo Jong-hwa, chief of the administration, said. 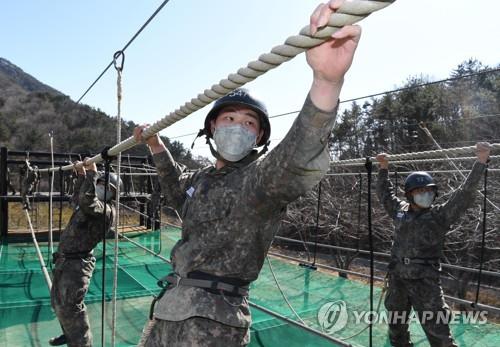