Kim suffered the injury on a violent tackle by Ulsan Hyundai FC defender Kim Kee-hee in the 24th minute of their match on Sunday. Following a video review, Kim Kee-hee was sent off with a direct red card for his foul, and Kim Bo-kyung was stretchered off the field and replaced by Murilo Henrique. 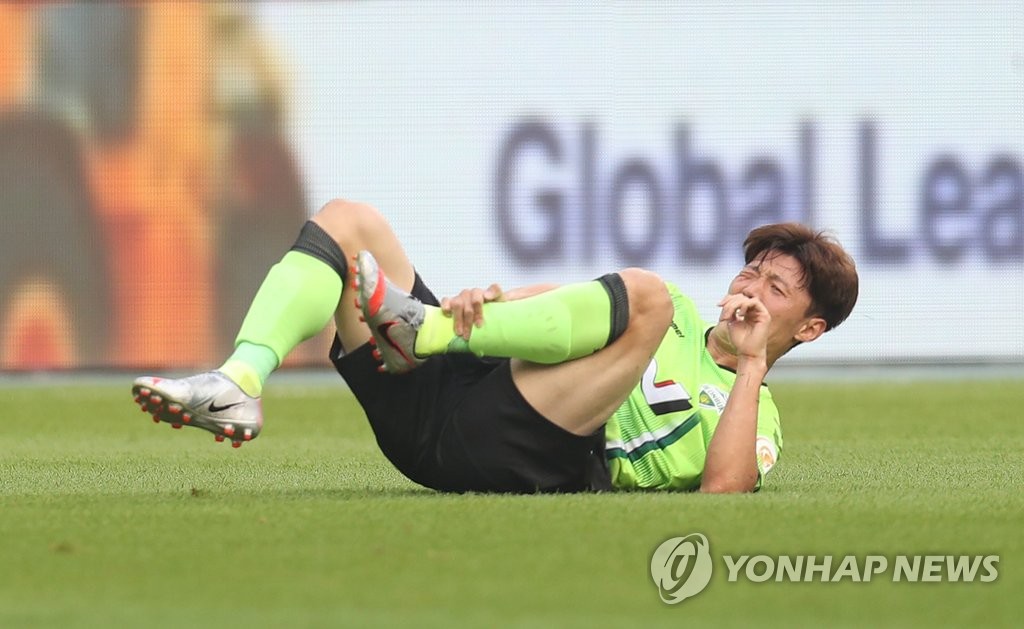 Jeonbuk said Monday Kim was diagnosed with a partial ligament tear in his left ankle. He'll need four weeks to heal and another two or so weeks to work himself back into shape.

Kim was voted the league MVP last season while playing for Ulsan, and he joined Jeonbuk over the offseason for his second tour of duty.

Kim has yet to record a goal or an assist with Jeonbuk, but the three-time defending champions are sitting atop the league table with 24 points from eight wins and a loss. They are four points ahead of Ulsan.

Jeonbuk should have enough depth in midfield to survive without Kim, with Takahiro Kunimoto, who netted Jeonbuk's second goal in Sunday's victory, expected to shoulder the bulk of the playmaking role from the middle. 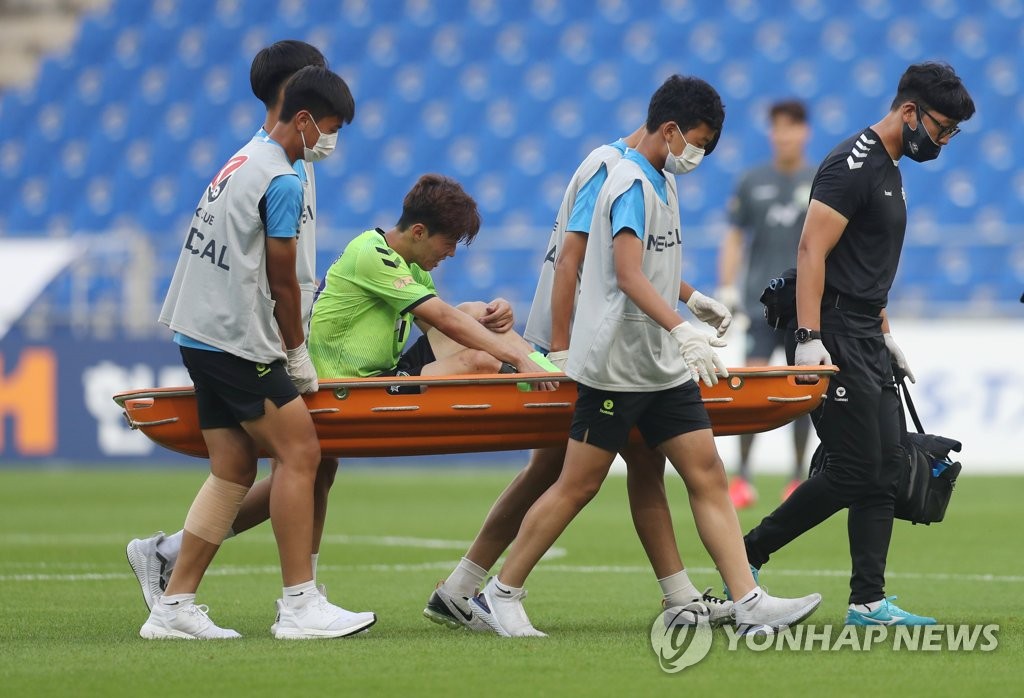