In the session to open in the afternoon, Moon is expected to focus discussions with EU Council President Charles Michel and European Commission President Ursula von der Leyen on ways to cope with the COVID-19 crisis and strengthen cooperation on the Korean Peninsula issue.

It will be Moon's first bilateral summit talks of the year and also his first official dialogue with the new EU leadership that assumed office last December.

South Korea and the EU initially planned to hold an in-person summit in Seoul in the first half of 2020, but they have agreed to hold a videoconference first amid the continued spread of COVID-19 at the EU's offer, according to Cheong Wa Dae spokesman Kang Min-seok.

Among the agenda items are joint efforts to overcome the pandemic, including the development of a vaccine and treatment, and how to promote bilateral trade and investment as well as push for closer cooperation on the digital economy and renewable energy, he added.

South Korea views the EU as a potential major partner in its Green New Deal project aimed at slashing the nation's fossil fuel use and instead boosting low-carbon, environmentally friendly energy industries for job creation. 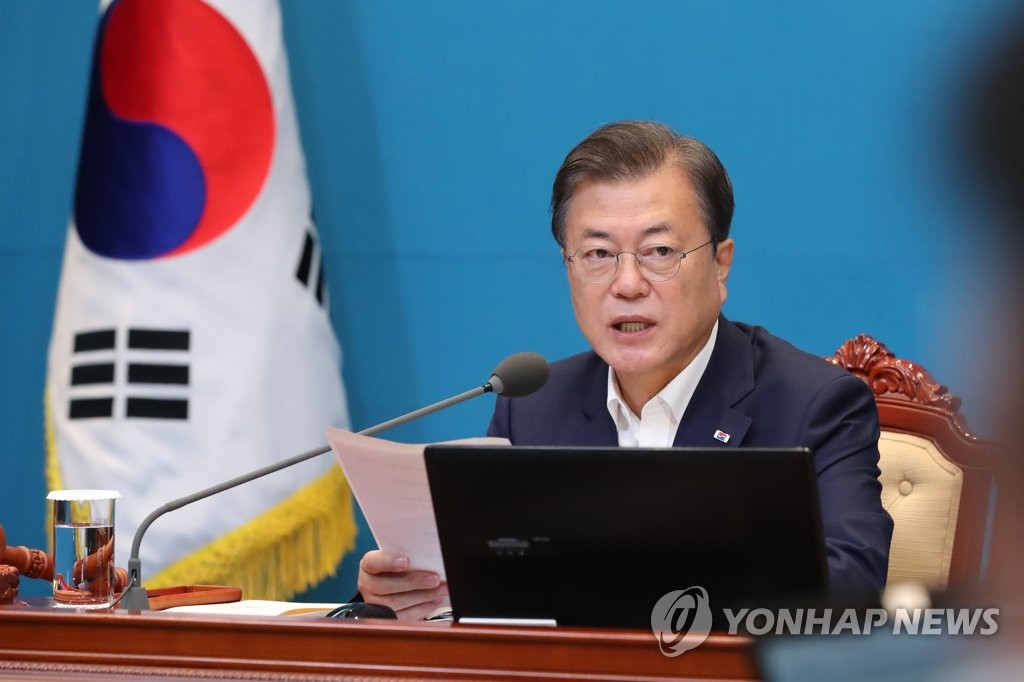