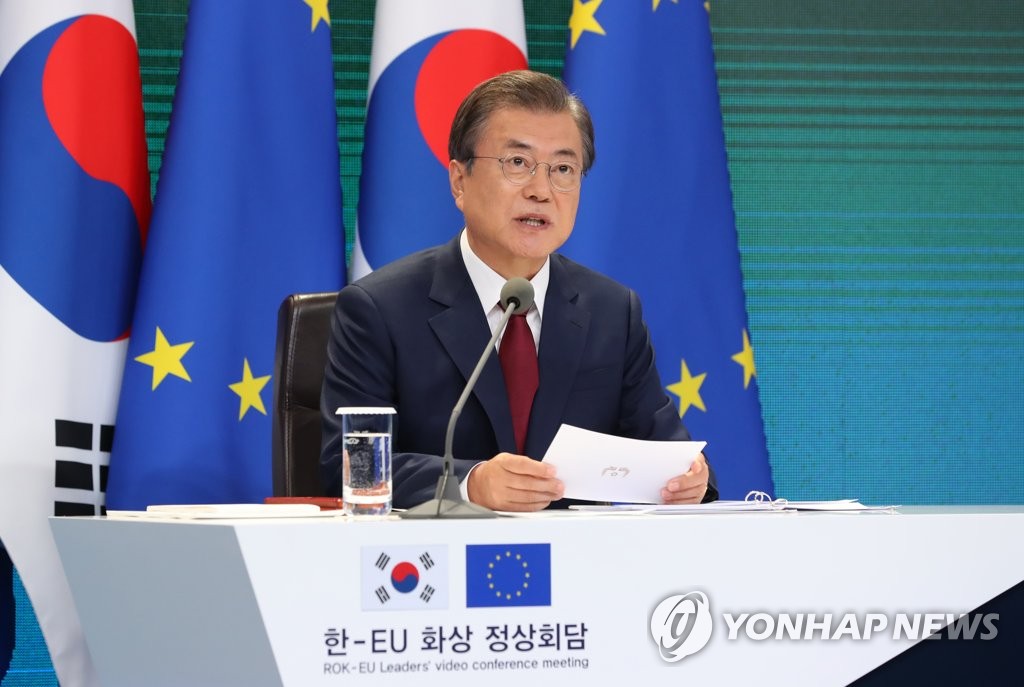 For South Korea, the EU is a potential key partner in the initiative. They boast a decadelong "strategic partnership" underpinned by a trio of major pacts: a Framework Agreement, a Free Trade Agreement (FTA) and a Framework Participation Agreement for EU crisis management operations. 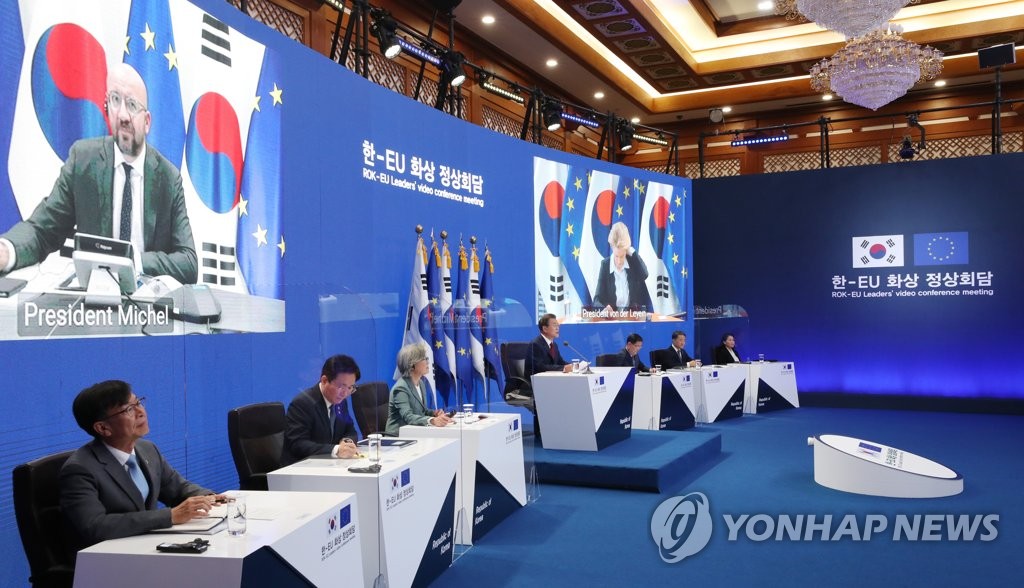 Meanwhile, Moon and the EU officials talked about the security situation on the Korean Peninsula. 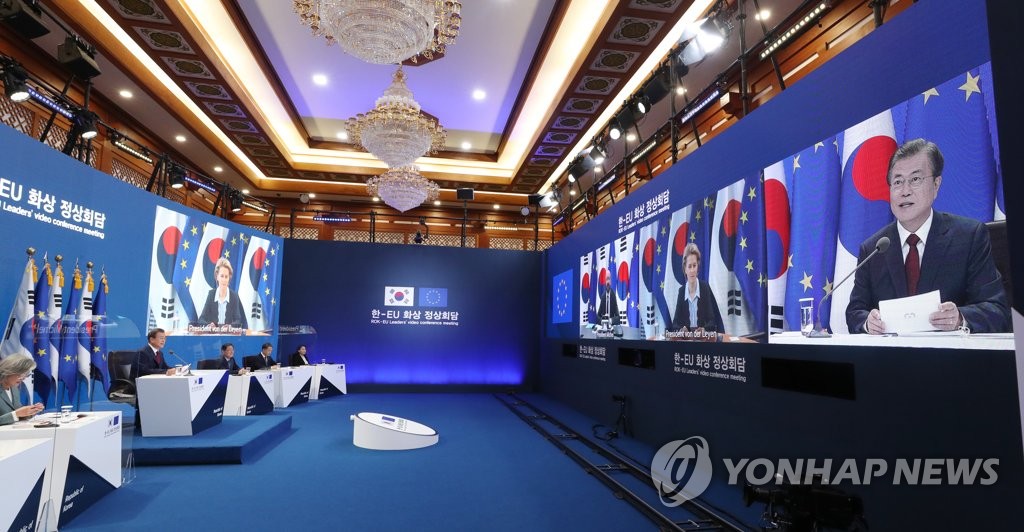 The virtual session marked Moon's first bilateral summit of the year and also his first official dialogue with the new EU leadership that assumed office last December. South Korea and the EU initially planned to hold an in-person summit in Seoul in the first half of 2020, but they have agreed to hold a videoconference first amid the continued spread of the coronavirus at the EU's offer.